One of the big questions academics have tried to answer is whether expanded biofuels production has led to conversion of grasslands to crops in the Midwest.

As new ethanol plants started to dot the landscape with increased frequency after the Renewable Fuel Standard became law in 2005, the industry knew it hit the big time when biofuels critics started coming out of the woodwork from environmental interests and academia.

The ethanol boom gave rise to critics -- those who questioned whether biofuels production was good for the land and the environment.

Investor meetings in small-town fire stations and community centers became commonplace, piquing the interest of farmers who saw ethanol production as an economic opportunity like no other in rural America.

Though the study does not point directly to ethanol and biodiesel production as THE driving factor in grasslands-to-crops conversion, it caught the attention of other academics for its use of USDA's cropland data layer, or CDL, dataset.

The CDL dataset has its critics, because of its inability to clearly decipher the difference between grassland and cropland.

The study's conclusion: "Between 2008 and 2016 over 2 million ha (hectares) of grassland were converted to crop production in the U.S. Midwest, with much less active cropland concomitantly abandoned or retired from production. In our simulations, the net change in cropland extent increased annual soil erosion by 7.9%, N (nitrogen) loss by 3.7%, and SOC loss by 5.6% relative to that of existing cropland, despite an associated increase in area of only 2.5%. Thus, the impacts can counter many benefits derived from conservation programs, including the CRP (conservation reserve program).

"While the majority of the land-use changes and our modeled environmental impacts stem from the conversion of grasslands to corn and soybeans -- two common biofuel feedstocks -- the results are not specifically attributable to biofuel driven land use change, since other factors contribute to corn and soybean prices and subsequent land use decisions. Therefore, actual biofuel-driven impacts would represent a subset of the total impacts."

Just as we know from Sir Isaac Newton's third law of physics, there is an equal reaction to every action.

For every study there is, well, a counter study.

Their study said the CDL tool from USDA is not intended for use on a granular level to accurately identify land-use features. The USDA itself said about the tool: "Unfortunately, the pasture and grass-related land-cover categories have traditionally had very low classification accuracy in the CDL."

Pritsolas and Pearson said in their response to the Zhang study: "Given these issues, policymakers should exercise caution in referencing studies that have performed or integrated land cover/use change analysis that relies on the CDL. The cropland expansion claimed by Lark et al. (2020) and adopted by Zhang et al. (2021) has a high potential of being false change due to poor classification certainty in the earlier CDL."

In addition, last month researchers from Purdue University, the University of Illinois-Chicago, and the U.S. Department of Energy's Argonne National Laboratory responded to criticism from a British consulting group about the land-use-change modeling developed by Purdue and the DOE.

The institutions said previous work done on land-use change has missed the mark.

"The existing literature has reached the conclusion that early research in this area significantly overstated the land use implications of biofuels," they wrote in a rebuttal. "As the conversation continues, it is important for the community to remain focused on the big picture regarding agriculture's role as a very effective GHG mitigation tool that can shape the new policies to govern production and consumption of biofuels."

Renewable Fuels Association President and Chief Executive Officer Geoff Cooper said in a news release said the conflict in how land-use change analyses illustrates the importance of getting the science right.

"As part of the process to propose Renewable Fuel Standard volumes for 2023 and beyond, the Environmental Protection Agency is currently analyzing the environmental impacts of the RFS to date," Cooper said.

"At the same time, the National Academy of Sciences is examining the state of the science regarding lifecycle analysis of low-carbon transportation fuels like ethanol. Therefore, it is crucial that the scientific and regulatory communities have access to current, reliable data and robust methodologies for assessing the climate impacts of a broad array of transportation fuel options." 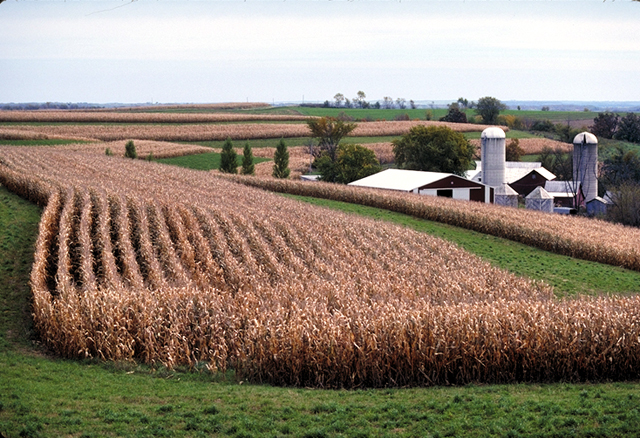