According to a news release from Green Plains Ord also entered into an asset-purchase agreement to acquire the storage and transportation assets and railcar leases associated with the Ord ethanol plant for $27 million.

"The sale of our Ord, Nebraska, plant is another step in our overall fully funded strategy to rapidly construct and implement our Ultra-High Protein production technology across our biorefining platform," Green Plains president and chief executive officer Todd Becker, said in a statement.

"We believe this sale enables us to create additional value for our shareholders by efficiently deploying capital to support our transformation through technological advancements in proteins, sustainable corn oils and clean sugars acquired in the recently announced Fluid Quip Technologies transaction."

At the beginning of January, Green Plains acquired a majority interest in Fluid Quip Technologies. The transaction will allow Green Plains to expand high-protein production at its ethanol plants.

Green Plains continues to remake its company. In October 2020, Green Plains exited the cattle business when it announced an $80 million deal with a group of investment funds.

Green Plains entered the cattle feeding industry in June 2014, with the purchase of Supreme Cattle Feeders, a 70,000-head feedlot in Kismet, Kansas.

Green Plains Cattle Company became the fourth-largest cattle feeder in the United States, with a total capacity of more than 355,000 head in six feedlots in Colorado, Kansas and Texas.

In May 2018, Green Plains announced intention to reposition its assets during the next several years to drive improved margins and returns for its shareholders as part of its Portfolio Optimization Program.

The company's program includes a number of strategic objectives including strategic divestments; reducing or eliminating debt through sales; investing in high-protein process technology at ethanol plants; repurchasing shares with remaining proceeds and freeing cash flow when market conditions are optimal. 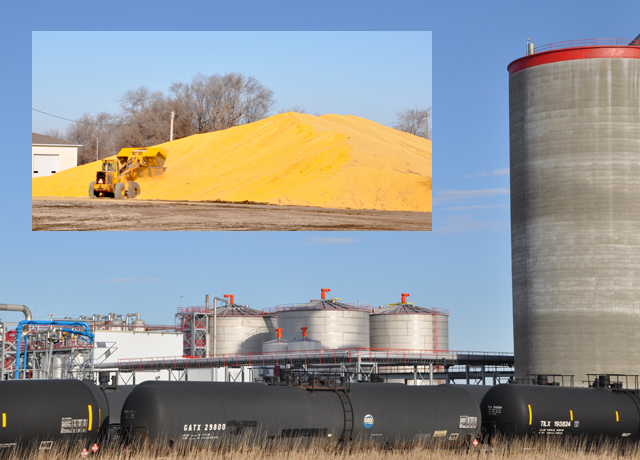