While much of the questioning of Supreme Court nominee Judge Amy Coney Barrett during a second day of hearing on Tuesday before the Senate Judiciary Committee centered on social issues, Sen. Joni Ernst, R-Iowa, asked Barrett about how she would approach environmental cases including the Renewable Fuel Standard.

In particular, Ernst brought up the legal challenges related to the small-refinery exemption program in the RFS and to the waters of the United States, or WOTUS, rule from 2015.

The U.S. Court of Appeals for the 10th Circuit ruled in January 2020 the EPA had mishandled the waivers program when it came to three exemptions it issued to small refineries. Since then, the agency has not implemented the decision nationally as was expected as a result of the court's decision.

"So, while I'm not going to ask you to speak on all of this and what is going on," Ernst said, "the problem here, bottom line, is that the EPA wasn't following the law. They took the law that Congress passed, they twisted it, and interpreted it for the benefit of oil producers, and that harmed our Iowa farmers. I know again you can't speak on how you would rule on these cases, especially those that could be pending before the Supreme Court. But tell me, how do agencies, how should they interpret the laws that are passed by Congress?"

Barrett responded, "Well, I think that the courts role in reviewing the lawfulness of agency action it's largely governed by the Administrative Procedure Act, which governs the way that agencies can do their business and outlines what their authority can be.

"There's also a doctrine called Chevron which is named after a case, and many times if we're talking about a Chevron issue we're talking about an issue of statutory interpretation, it sounds like that's mostly what you're thinking of, and an agency you know when a court reviews whether an agency has exceeded its lawful authority, it goes to the statute that you and Congress enact and interprets that statute, looks at the text and tries to tell whether you've given leeway to adopt policies and that leeway would be present if you had ambiguity in the statute that left the decision to the agency.

"But if the agency goes farther than the text of the statute permits, then it is the role of a court to say that action, you know, was in conflict with the statute, and therefore illegal.

Ernst then asked Barrett how she would approach an actual question of the law.

"Well, a statute in this context, in a context of a Chevron-type challenge to agencies and agencies interpretation of it, you would interpret the statute in the same way that you would interpret any other statute so as I was talking with Sen. (Ben, R-Nebraska) Sasse about earlier. My own approach to it would be textualism. And so, in my approach to language, the intent of the statute is best expressed through the words." 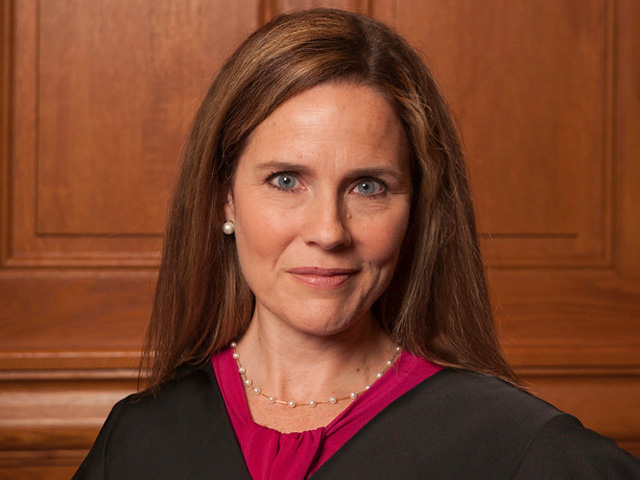