The EPA release of a new fuel-efficiency rule on Tuesday was met with disappointment by ethanol industry interest groups, as the rule provides no incentive for higher ethanol blends or flexible-fuel vehicles.

"The final rule is a missed opportunity to provide a roadmap for high octane mid-level ethanol blends after EPA specifically requested comments on the role 100 Research Octane Number (RON) E30 could play to help automakers meet fuel economy and emissions standards," he said.

"We are also disappointed the rule appears to give special treatment to natural gas vehicles but fails to extend much needed incentives for the continued production of flexible-fuel vehicles, just another example of EPA choosing fossil fuels over low-carbon fuels and rural America.

"There are a number of regulatory barriers restricting market access to high-octane mid-level ethanol blends that we set forth in our comments in the fall of 2018 and it's unfortunate that after requesting information from the public on the 'ideal octane level,' the 'benefits of increasing fuel octane,' and specifically how higher octane fuel will play a role in 'engine technologies and product offerings' and 'improvements to fuel economy and CO2 reductions,' EPA failed to incorporate what the agency previously conceded: 'higher octane fuel can provide auto manufacturers more flexibility to meet more stringent standards by enabling opportunities for use of lower CO2 emitting technologies.'"

EPA said in the final rule it "also is declining to adopt new incentives for flex-fueled vehicles (FFVs) (vehicles designed to operate on gasoline or E85 or a mixture), as some commenters suggested." The agency said FFV incentives are "outside the scope" of the rule. The rule, however, includes incentives for natural gas vehicles, electric vehicles, and other alternative-fuel vehicles.

Renewable Fuels Association President and Chief Executive Officer Geoff Cooper said the EPA chose to listen to the oil industry in the rule.

"Of all the stakeholders who provided input to EPA on the topic of octane, only the oil industry voiced opposition to EPA using its authority to set standards for higher-octane fuels," he said.

"Once again, EPA has sided with the oil industry over automakers, biofuel producers, farmers, environmental advocates, and consumers."

The final rule increases stringency of CAFE and CO2 emissions standards by 1.5% each year through model year 2026, compared to standards issued in 2012 that required about 5% annual increases.

"The SAFE Vehicles Rule reflects the realities of today's markets, including substantially lower oil prices than in the original 2012 projection, significant increases in U.S. oil production, and growing consumer demand for larger vehicles," EPA said in a news release.

"The SAFE Vehicles Rule increases U.S. competitiveness by reducing regulatory costs by as much as $100 billion through model year 2029. At the same time, the SAFE Rule continues to protect the environment by increasing stringency of CAFE and CO2 emissions standards over the next five years, ensuring that Americans will have a wide range of affordable, safe, and fuel-efficient vehicles to choose from." 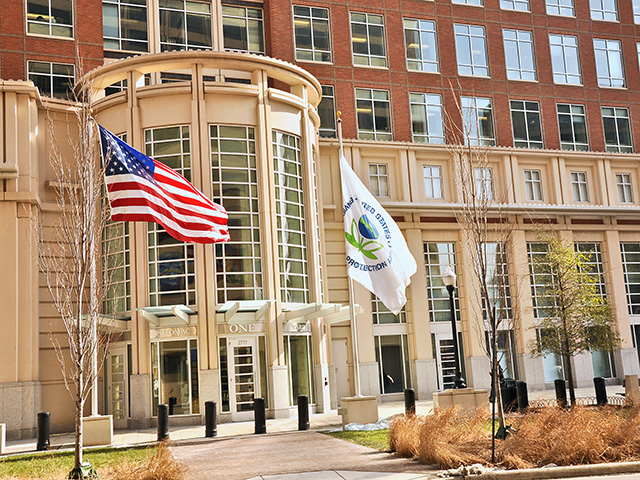