The research was funded by the U.S. National Biodiesel Board Foundation and the U.S. Federal Aviation Administration.

The Purdue economists found although palm oil production increased by about six times since 1990, U.S. biofuel production accounts for about 0.5% of the more than 11.7 million hectares, or about 28.9 million acres of land cleared in Malaysia and Indonesia between 2000 and 2016.

Farzad Taheripour, a research associate professor of agricultural economics, and the late Wallace Tyner, who was the James and Lois Ackerman Chair in Purdue's Department of Agricultural Economics, published their results in the journal Biotechnology for Biofuels.

The work was based on analysis from the GTAP-BIO model, a Purdue-led global economic model used for quantitative analysis of international economic, environmental and energy issues. According to a news release from Purdue, the model included a detailed look at demand for all types of vegetable oils and fats affected by U.S. biofuel policies rather than focusing on only soy and palm as previous studies have done.

"Our analysis shows that less than 1% of the land cleared in Indonesia and Malaysia can be tied to U.S. biofuel production," Taheripour said in a news release.

"The amount is not significant. We're talking about thousands of hectares amidst the millions that have been cleared for oil palm plantations and production of other commodities in Malaysia and Indonesia."

The authors of the study said previous studies have limited their analyses to palm and soy oils while ignoring other vegetable oils. The practice, they said, "provide misleading information and exaggerate about the land use implications of the U.S. biofuels for (Malaysia and Indonesia)."

The authors said as the United States uses soybeans and corn to produce biofuels, it would be expected less of both commodities would be available for other uses including exports.

Theoretically, some opponents of biofuels believe it could generate land-use changes and deforestation across the world including Malaysia and Indonesia.

"But we've not seen that happen," Taheripour said in a news release. "In the U.S, we have lots of unused land available to farmers who can convert it to corn or soybeans. There has been no need to cut forests here. In addition, crop productivity has increased significantly over time, providing more yield on the same amount of land. Because of those, the expected deforestation or conversion of natural land has not had to largely happen to account for U.S. biofuel production."

The authors said it was more likely growing populations in India, China and the rest of Asia have fueled the explosive demand for palm oil. The U.S. uses less than 2% of all palm oil produced across the globe.

"Production of biofuels in the U.S. generates some land use effects in Malaysia and Indonesia due to market-mediated responses, in particular through the links between markets for vegetable oils," the authors said in the study.

"These effects are minor compared to the magnitude of land use change in Malaysia and Indonesia." 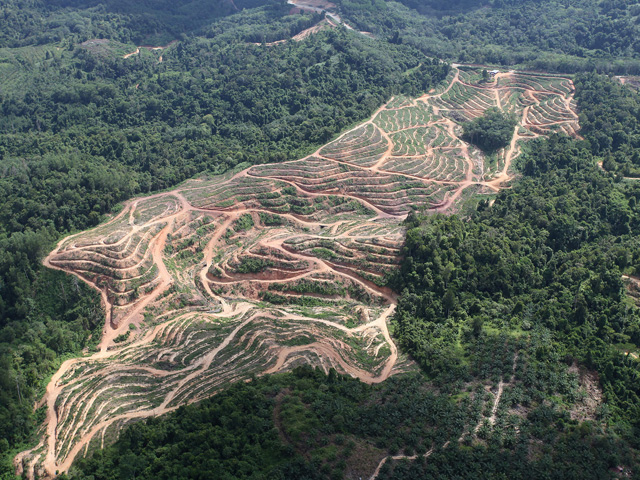