OMAHA (DTN) -- In a rare moment of unity, biofuels, environmental and other groups are calling on the California Air Resources Board to change a new provision in its low-carbon fuel standard, that the groups say would give hydrogen electric vehicle fuels an advantage over biofuels and other renewable energy sources.

CARB has proposed awarding LCFS credits to companies that install hydrogen refueling and electric vehicle recharging infrastructure, based on the capacity of the infrastructure even if the fuels aren't used. What's more, the state would award those companies with a double credit if the technology actually dispenses fuels.

California's low-carbon fuel standard has in recent years opened up the state's market for corn ethanol from the Midwest, using corn ethanol for the majority of its carbon emissions reduction efforts.

Midwest producers are seeing an expanded volume of ethanol exported to California and a growing interest in that state for higher ethanol blends such as E15 as well as ethanol produced from corn kernel fiber.

Currently, E10 is the only ethanol blend, other than E85, allowed into the California market.

Geoff Cooper, executive vice president of the Renewable Fuels Association, said until now, CARB has not favored one renewable fuel over another.

"The concern is that CARB has always promoted the LCFS as 'technology-neutral' and they have required that LCFS credits only be awarded when real GHG reductions can be demonstrated," Cooper said.

"This proposal turns those principles on their head and clearly puts a thumb on the scale for EVs (electric vehicles) and hydrogen. It results in picking winners and losers, when CARB has always maintained the program doesn't do that."

At an Aug. 8 workshop on the LCFS, board staff proposed capping the total amount of infrastructure credits going to each DC fast charger or hydrogen station at the total capital cost of the unit, along with a 10% discount on future credits to reflect ongoing costs.

"However, the second 15-day package removes the cap on hydrogen but leaves it in place for DC fast charging," the letter said.

"As currently proposed, hydrogen station developers could receive LCFS capacity credits substantially in excess of the all-in cost of the station. This proposed change undercuts a central tenet of the LCFS, which is fuel and technology neutrality, and is a departure from its successful model of basing incentives on real-world emission performance.

"Credits issued through this provision will reduce the support being offered to fuels that have demonstrated their ability to reduce near-term emissions."

The biofuels industry has fought for years to maintain a level playing field in the California biofuels market, based on the carbon-reduction benefits of ethanol and biodiesel.

Also this week, the California Air Resources Board opened a public comment period until Sept. 13, on two new low-carbon fuel standard pathways into the California market.

The first is from Pacific Ethanol West in Stockton, California. The company wants approval to use Edeniq's technology that creates cellulosic ethanol using corn kernel fiber.

Second, Sandusky, Michigan-based Thumb Bioenergy LLC, has applied for a fuel pathway into California for biodiesel produced using self-rendered used cooking oil. The proposal is to produce the fuel in Michigan and deliver to California by rail.

Ten years ago, when California launched its LCFS, it was met with lawsuits by the ethanol industry, because the policy excluded corn-based ethanol from the state's fuel pool.

As a result of a long legal battle, the California Air Resources Board made adjustments to the program to allow Midwest ethanol producers to demonstrate the carbon-reducing qualities of the fuel they produce. The industry continues to battle the state's use of the theory of indirect land use change in their carbon calculations.

The theory is the expanded demand for corn to produce ethanol is leading farmers around the world to shift grasslands and other crops to corn production as a result. 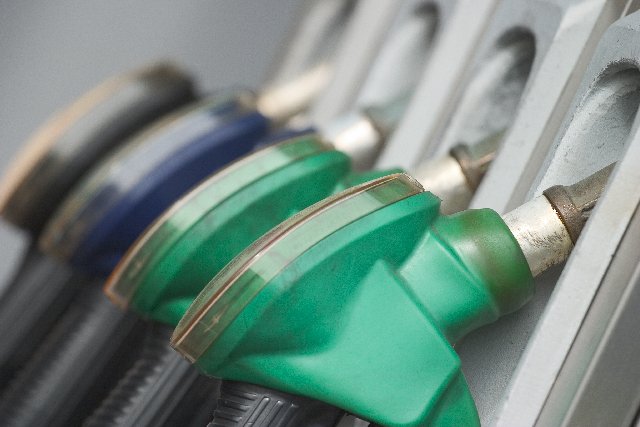 M Wolken
9/5/2018 | 2:16 PM CDT
My hats off to the Caseys General store group for being the only true marketer of ethanol in my immediate area. All oil company controlled stations charge more for "midgrade" fuel which is just E-10 except for the Caseys that reflect the present .68 lesser ethanol price in the final product. Oil companies are taking advantage of consumers and doing no service to agriculture with these unfair pricing structures by charging more for a product that thanks to agriculture actually costs less to produce. Even so called agricultural coops. With the profits oil companies are making why is president Trump concerned with pacifying the refinery industry and RINS? Can you explain this Todd????