Matt Merritt, communications director for POET-DSM based in Sioux Falls, South Dakota, however, said 2017 may be a turning point for the company in launching of full commercial-scale cellulosic production.

Difficulty with biomass pretreatment has held up POET-DSM and other similar companies in the industry.

"If you go to ethanol conferences the last few years, all are saying the same thing," Merritt said about cellulosic companies.

Because POET-DSM is dealing with biomass that includes corn cobs, stocks, leaves and the like - it's not as easy moving the feedstock through the pipes at the 25-million-gallon plant. During the past few years, Merritt said, the company has been honing mechanical aspects of the plant to allow the biomass to move more freely.

"Moving stuff through the process, it is simple as getting this through pipes, through piping elbows, getting the right screens in place," he said.

"Now that we have pre-treatment figured out we can devote our time to downstream processes. It's super exciting."

Pre-treatment advancements allow the company to soften the biomass to enable enzymes to more effectively break down the materials for biofuels production, Merritt said.

POET originally worked with another technology company on pre-treatment, he said, but after years of fits and starts, decided to design its own pre-treatment from scratch.

In addition, he said POET has faced the challenge of acquiring clean biomass bales, free of rocks and other junk scooped up during harvest.

"We're not ready to totally lift the vale on what's going on out there," Merritt said.

"We certainly have a line of sight where we feel comfortable about going out and licensing the technology. The leaps in performance seen at the plant this year are better than in previous years."

Though launching full-scale commercial production has faced a number of technological challenges, he said the 2008 economic recession played a role in the timing.

"Right out of the gate there were significant market challenges," Merritt said.

In addition, talk about changing the RFS has made it difficult for technology companies to maintain investment in cellulosic projects.

"Twenty years from now we'll have many cellulosic biofuels all around the country," Merritt said, "and we'll be happy we had aggressive targets."

In addition, POET continues to build an enzyme production plant that will be integrated into the Project Liberty technology package.

For decades, it was said commercial cellulosic ethanol technology was five years away from reality; skeptics said it would never happen.

This week EPA Administrator Scott Pruitt said the agency will release the latest RFS volumes on time this year by Nov. 30. 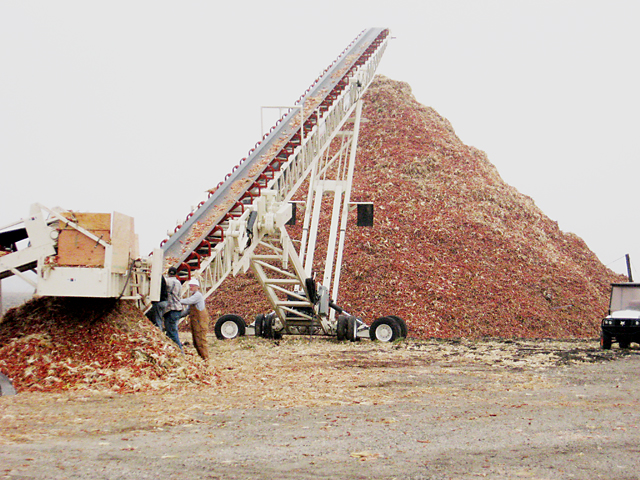