Purdue University agriculture economics professor Wally Tyner isn’t exactly ready to discount the theory of indirect land use change, or ILUC, that has been the bane of biofuels’ existence since the creation of the Renewable Fuel Standard back in 2005.

Based on updated research Tyner announced during an alternative fuels workshop in Georgia Wednesday, however, biodiesel produced using soybean oil may be far more carbon friendly than what the California Air Resources Board gives it credit for in the state’s low-carbon fuel standard.

His preliminary research shows induced land use change emissions could be as much as 70% lower than what CARB adopted last year, compared to petroleum. ILUC is the theory that farmers in other countries make land-use decisions based on the expansion of the biofuels industry in the United States. The claim by biofuels critics is landowners in Brazil may have been tearing down trees to plant corn, soybeans and other biofuels feedstocks.

“What has been shown is that some of what had been classified as new land was actually double cropping on the same land,” he said.

“So in some regions of the world, most of the increased production came from more intensive use of the same land rather than additional land. So the new estimates of the induced land use change and associated emissions are lower than before because they are calibrated to the changes that actually occurred.

“The land use data from FAO (Food and Agriculture Organization) has improved significantly. Also, we now have data that represents the period of growth of biofuels globally so we are better able to calibrate the models to what has actually happened.”

In recent years biofuels industry groups have pointed to a major slowdown in deforestation of the Amazon that occurred during a period of an explosion in biofuels growth from 2004 to 2010, as proof that ILUC is a hoax. Tyner told DTN deforestation in Brazil slowed dramatically because of government policies put in place to reverse the trend independent from biofuels in that country.

The results of Tyner’s research may come as a welcomed sight for the biofuels industry.

For years the industry has been trying to make the case with CARB it is underselling the carbon benefits of ethanol and biodiesel. The same can be said about the U.S. Environmental Protection Agency, which has been criticized by the industry for not updating data in the agency’s models to reflect what is happening in the real world.

Tyner told DTN he will be presenting the results of his study to the CARB. The bad news is the state is not set to update fuel carbon intensities in the regulation until 2018.

The fuel carbon intensity numbers are critical because they determine how much of each kind of biofuel is allowed into the California market.

The evolution of the California LCFS could be important to the future of the entire biofuels industry in the United States. With increasing pressure in some circles to either reform or repeal the RFS, California’s regulation has been pointed to as a potential model for future national policy. In fact, Democratic presidential nominee Hillary Clinton has met with members of the CARB board regarding the regulation.

Tyner and experts at Purdue use the latest version of the Global Trade Analysis Project, or GTAP, model to build on the previous work done for CARB.

According to a news release from the National Biodiesel Board, technology has advanced in both biofuels and agriculture between 2004 and 2011.

“Consensus is rarely achieved when it comes to the theory of indirect land use change, but one thing is clear,” he said. “As the accuracy and reliability of modeling improves, we observe a steady decline in the estimates of predicted land-use change. This reaffirms that biodiesel reduces GHG emissions by at least 50% and suggests that the real benefit is greater than 80%.” 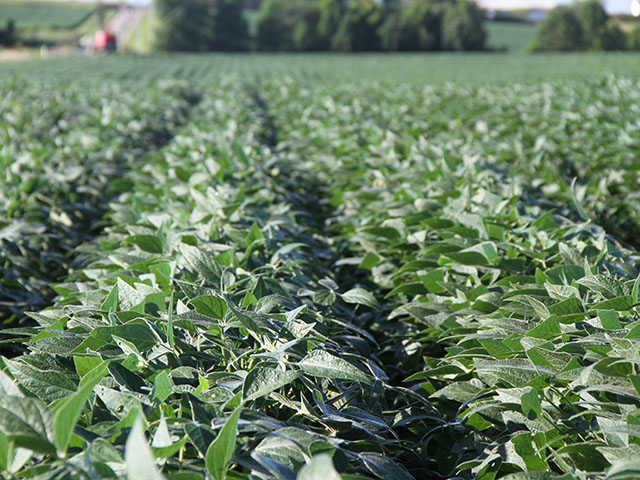