What a year. To call out how disconcerting, how unnerving, 2020 was, to mention how much we're glad to see the calendar turn, seems almost trite. Almost as trite as all the "perfect vision" comments that were written as a year called 2020 came into being. If only we had had any vision at all of the events that were about to unfold.

Our annual review of the Top 10 stories that shaped agriculture is running in our Top Stories areas of satellite and online sites. The year-in-review project is something we've been doing for well over a decade, and it typically gets a few groans in the newsroom. We're a staff focused on the field markers ahead, not squinting into the dust behind. So, there's always a bit of "do we have to" going on as we discuss and debate a revisit to the past year's key events.

This year even yours truly asked, into the emptiness of his socially distanced office at home, "Ugh, do we have to?"

"Yep, we do," came the answer back from the void. Because in those review stories, perhaps more than ever, is a start at thinking about what the key points of 2021 will be. We'll still be dealing with a pandemic, despite good news on vaccines. We'll begin to work through the transition to a new presidential administration. We'll watch, carefully, how long the uptick in commodity markets will last, and whether La Nina softens or continues to carry the fear of drought into the U.S. Corn Belt.

As always, there's plenty of room for debate about what was and was not important from the year. We, no surprise, included the usual major issues -- weather, markets, farm policy -- that always influence agriculture's health. But we also pushed the reporting and editing teams to bring out the details others may have missed, to look for the sleeper-issues that had a bigger effect on agriculture and rural America than may immediately seem the case.

Choosing the No. 1 story -- the one we thought most influenced agriculture, was both easy and difficult. It was tough to find anything, this year or any other, that had more influence on life in general than the coronavirus pandemic.

But we also recognized that some of you in Rural America have been relatively untouched by the virus specifically. Despite the more than 340,000 deaths in the U.S. -- part of almost 1.8 million globally -- and an economy turned on its elastic-band-tugged ear, there are still many who feel too much attention has been focused on the issue.

There's no doubt that the inherent distance and natural "bubbles" of living and working on the farm created a unique experience in 2020, at least for those who aren't involved in livestock production. To that I can only say, be grateful, and be prepared.

The clincher for me that the pandemic was No. 1 was that it influenced so many of our other Top 10 stories. The long-discussed issue of rural broadband certainly came to a head in 2020 as the world became even more internet-based due to the virus. COVID-19 cut travel, which reduced fuel consumption, throwing another wrench in the works of ethanol profitability. The virus' origin in China did little to help our trade and overall relations with that nation, though as 2020 closes, they have become a grain and oilseed customer once again. And, certainly, the ins and outs of the government's response to the virus played a role in the November presidential election, which saw the defeat of a president who gave more attention to farmers than any in recent memory.

There is little doubt the pandemic challenged DTN's ability to serve you every market day. Like so many of you, it turned already busy DTN staffers into also needing to be schoolteachers, IT troubleshooters, logistics managers and family therapists. But, for the most part, I'm proud of what the DTN and Progressive Farmer teams accomplished this year. We really didn't miss a beat, beyond a few minor delays as we stress-tested residential broadband capabilities.

We even expanded, kicking off a new podcast program, starting a series of newsletters, and revamping the content available on our DTNPF.com website to better include Progressive Farmer Magazine articles. There are even more exciting changes coming, all initiated despite the challenges the pandemic threw at us.

The virus challenged us to move our annual crown jewel, the DTN Ag Summit, from a physical event in Chicago and into the Zoom world. While we truly missed seeing everyone, we were very pleased to get strong participation in that event, with folks attending from 38 states and 10 foreign countries, a result that would be difficult to do with a physical meeting.

I suspect many of you share my feeling that there is a lot about 2020 I'd like to forget. But, as has been famously said, to forget history risks being doomed to repeat it. So, we hope you find the annual review a learning experience and a good preparation for the year to come.

If you missed seeing any of the top stories of the year, you can find them at the following links: 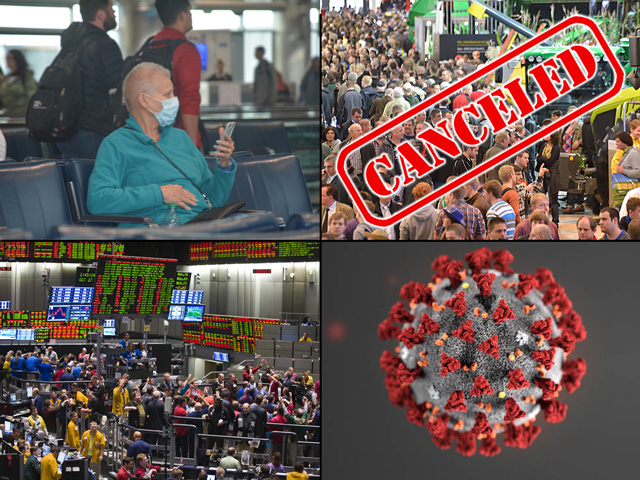