When is a technology too good for its own good?

Saw an interesting news story a few days ago from a source of which I wasn't previously aware, The Royal Automobile Club. Yes, that's "royal" as in the land of Elizabeth, Charles, Harry, Andrew and the rest. The RAC, as it's apparently now known by Her Majesty's subjects, has an interesting history of aiding the smart adoption of all things motorcar-related since its inception in 1897.

A recent RAC study sheds light on a growing conflict about a modern technology that is invaluable to the user yet may have unintended, and even disastrous, consequences for those in proximity to that user. As I read the storyline, I found it eerily familiar.

The subject of this particular study is xenon automobile headlights. You may not know the name, but if you've been on the roadway at night recently, you know the issue: These bright white, "high intensity" lamps are being offered on an expanding number of new cars, SUVs, and even pickups.

If you've used this new technology the advantage is clear. The ability to see the road in front of and around you is incredible. In areas where white tail deer and similar critters enjoy a population explosion that has resisted any and all attempts to thwart it, those road-ditch illuminating beams are, well, a game changer for night driving. The operator instantly feels more in control of his or her destiny. Who can blame folks for wanting to use it?

Those in close proximity to the vehicles, however, have a very different view. Those blazing white lights don't only cover the area you are aiming for: They illuminate everything in their path. The real issue is that path isn't always controllable, altered by the curvature and elevation of the road, weather conditions and even the setup of the vehicle using the new technology. The ability to illuminate only where needed and limit the effect on others drifts from the operator's hands at, quite literally, the speed of light.

The RAC, which surveyed 2,061 drivers, found that more than 65% regularly were "dazzled" by the blinding white headlights. Some 15% reported having nearly struck cars or other objects while trying to readjust their eyes after suffering xenon light glare.

Worse, the negative consequences of xenon can stick around longer than just that initial flash. The majority of RAC survey respondents, for example, said it took five or more seconds after being hit by xenon light before they could see clearly again. At 60 mph, a car would travel more than one and one half U.S. football fields in those five seconds, all the while piloted by a driver who can't see.

If it's a few users of such technology, then it's is an occasional problem. Turn that into a swarm of users across the landscape, as the popularity of the new technology grows and the cost of buying it falls, and this "dazzling" hazard grows exponentially.

So what are we to do with a technology that is a boon to the user, but may be an increasing problem for others in its path? A technology that the more broadly it's used, the greater and potentially more egregious the unintended consequences become?

Is it appropriate to simply regulate the users, significantly limiting the places and times the technology can be used to protect those who innocently find themselves affected by it? Do we significantly fine those who can't follow the rules or maintain safe use of the technology, even when such safe use can, as we've noted, be beyond their control?

Do we turn to the manufacturers, the ones ultimately making the cash from sales of their new inventions? If they want to continue to cash in, should companies be required to perfect the technology, take ownership over its unintended consequences and create a way to use it that makes a win-win for all?

Or do we, as some seem to prefer these days, claim "manifest destiny" and put the responsibility back on those unlucky enough to be in technology's path? We could argue that once a technology is fully approved by regulators, manufacturers have the right to sell it, everyone willing to pay has the right to use it. Nonusers should find ways to protect themselves. In fact, their best defense might be to join in the offense, to invest in the technology as well. For those who refuse, we can simply belittle them as standing in the way of progress like that proverbial deer in headlights.

The good citizens of the U.K. are fortunate to have an organization like the Royal Automobile Club that's willing to delve into technological issues and bring out concerns for all to discuss. It will be interesting to see where the study leads.

As a country, and an industry, that also claims to believe in open critique and the rule of common sense, let's hope we Yanks don't turn a dazzled eye away from carefully examining our own xenons, and find resolution that makes sense for all, rather than just hoping nothing pops in front of us as we blindly barrel down the road. 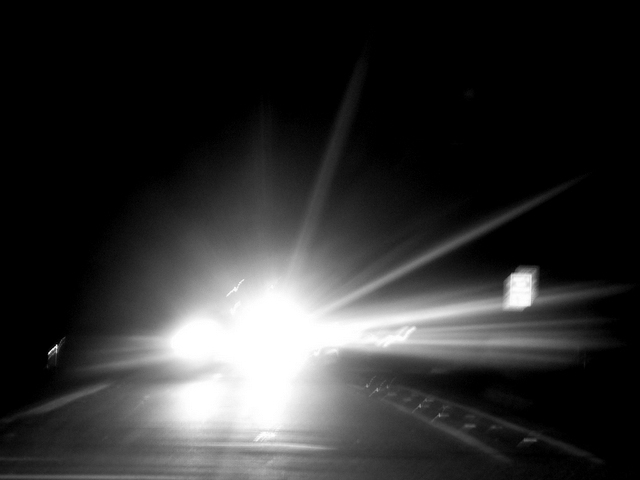