Recently, I highlighted the rapidly rising interest in soil health, including the "Underground Movement" package of stories in the Mid-February issue of The Progressive Farmer.

You can see the digital version by checking our "Resources" section on www.dtnpf.com.

If you want a sneak peek at one of the next big steps in all things soil-related, you'll want to check out the Commodity Classic in San Antonio. This year's gathering of the major crop commodity groups has a special treat for the soil-minded.

The National Corn Growers Association and the Environmental Defense Fund just announced a showing of the movie "Rancher, Farmer, Fisherman," for the afternoon of March 4.

First, back up and consider the two organizations in the sentence above. One of the most conservative, large-scale farm organizations in the U.S. and an environmental group some might think of as an adversary to modern agriculture are co-sponsoring this showing: This speaks to the significance of the film, and of the event.

The documentary, directed by Susan Froemke and John Hoffman for Discovery Impact, debuted to high praise at the famous Sundance Film Festival in January. It's based on a book of the same name by Miriam Horn, head of special projects for the EDF. Horn told me she was compelled to write the book when she simply grew tired of how the environmental world, the world she was employed in, viewed modern agriculture. While she lived in New York City, Horn had spent many summers with friends on a large, commercial farm in California. She knew that modern, commodity-producing farmers were not the horrible, land-destroying, water-polluting, federal-fund-sucking louts that they have been made out to be in some circles.

So, with her feet in two worlds and her heart in the right place, she spent three years researching and writing to set the record straight. It will be for readers and viewers to judge whether she accomplished that task fully, but in my mind there is no doubt she's taken the biggest step forward in that effort of anyone in my lifetime. This is an important book and an important movie.

Full disclosure. I have direct personal ties to this film. One of the two farmers profiled is a young man I think the world of, though I have spent time with him only recently. The other farmer is one of my dearest friends, though he's currently on my you-know-what list because he kept pretty quiet about his role through much of the film's shooting last summer. Fullest disclosure, I'm actually in the film, for the briefest of microseconds, after introducing a speaker at the 2016 No-till On The Plains conference, where I was honored to serve as master of ceremonies that year.

I hope you'll believe me that those ties have no bearing on how important I think this film is for agriculture.

Too many times, films that show modern farming fall into one of two camps: Overly negative, snark-filled diatribes about the dangers of commercial agriculture that call for a return of the 1950s without any serious consideration of the economic and social impossibility involved; or overly dogmatic, Mom-and-apple-pie depictions of farming as an almost religious profession which should be beyond reproach.

The famous Texas populist Jim Hightower once said, "There's nothing in the middle of the road but yellow stripes and dead armadillos."

Horn has proven him wrong. Film directors Froemke and Hoffman put an even finer point on that proof. The book, and the film, take an honest look at modern ranching, farming and commercial fishing. While highlighting individuals trying to be true stewards, both venues also show the realities of making a living feeding the world and how the best-laid plans for stewardship don't always work out.

The film, like the book, will not be without controversy in agricultural circles. The issues of public land management, and who owns what, have supporters and haters. The farm-related portions bring up the often touchy subject of tillage, and how, in many farmers' eyes, it's an anathema to true soil health.

Anhydrous ammonia, the nitrogen so in demand right now as we all try to curb costs and get through this downturn, also takes a hit for what it can do to soil biota.

All these things and more are going to be up for debate the more enamored we become with soil health and the more various organizations try to have their definition of "soil stewards" be the ruling one.

I think the film and the book are going to start a lot of conversations. It's high time we had them.

Greg Horstmeier can be reached at greg.horstmeier@dtn.com 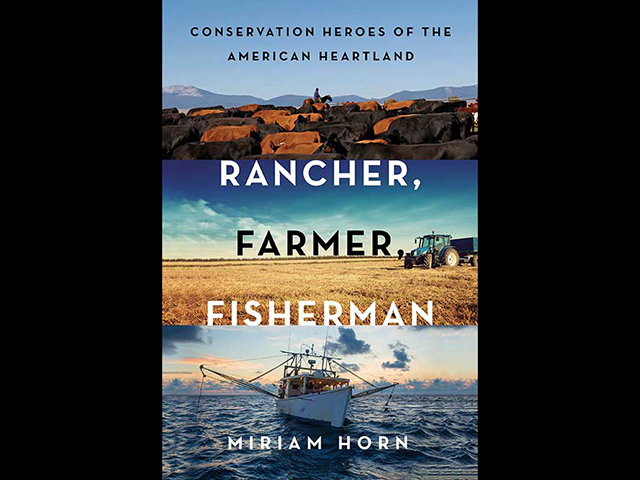