The United States dollar strength, with the U.S. dollar index reaching a 20-year high, combined with crude oil weakness have teamed to weigh on the Canadian dollar.

The lower study shows the noncommercial or speculative futures position as reported by the CFTC, which saw the bullish net-long futures position fall in the week ending Aug. 22 for the first time in six weeks and bears watching when Aug. 29 data is released on Friday.

Over the past five years, the spot Canadian dollar has gained an average of 19 basis points during the month of September, with gains seen in three of the five years. The loonie did average a 24-basis point loss in September during the past two years.

The Sept. 7 Bank of Canada rate announcement bears watching, with a 75-basis point hike expected, as found by a consensus of economists, although there is one view held that Canada's central bank will hit the pause button following the upcoming report. 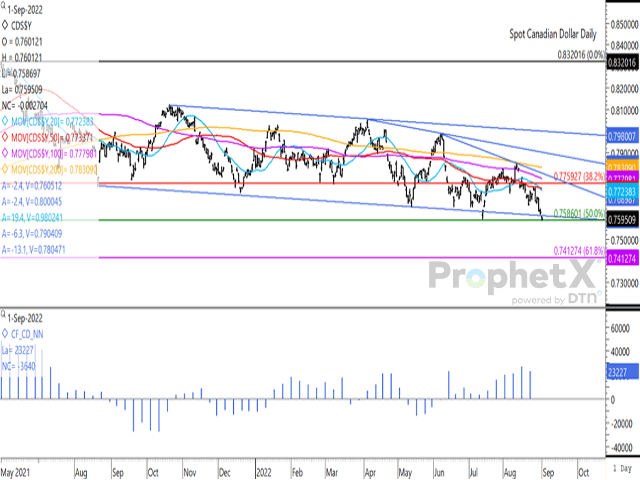