Despite the smaller crop size and the reduced demand for shipping, railways continue to struggle.

In week 23, or the week ending Jan. 9, the AG Transport Coalition, a group representing shippers that move 90% of prairie grain, requested 3,740 hopper cars for loading. While this was the first week-over-week increase in demand seen in four weeks, it was only marginally higher than the 3,291 cars requested in week 22 which was the lowest demand seen since week 2 of this crop year, or early August.

The most recent week's demand was down 55.3% from the same week in 2020-21, while down 53% from the three-year average for this week. Year-to-date hopper car demand through 23 weeks is reported at 140,867 cars, down 40.4% from the same week last crop year and 33.2% below the three-year average. The year-over-year drop of 95,432 cars or 40.4% is behind the pace seen in the most recent Agriculture and Agri-Food Canada (AAFC) forecast that includes a 36.7% drop in exports of Canada's principal field crops.

The lower demand for shipping has not helped the struggling railways. In the most recent week 23, railway performance dropped for a third week, with Canada's two major railways spotting only 40% of the cars ordered in the week wanted. This includes a crop-year low for CN Rail, that spotted just 32% of the cars wanted during the week, while CP spotted 57% of the cars wanted during the week, continuing to rebound from its week 21 crop year low when 40% or requested cars were spotted in the week wanted.

The number of outstanding orders as of week 23 increased to 3,524 cars, the highest in four weeks and the third-highest number reported this crop year. During the first 16 weeks of the crop year, the weekly count of outstanding orders averaged 397 cars, while since week 16 this number has averaged 3,372 cars, with the most recent week above average. This is partially due to the British Columbia weather event in mid-November combined with weeks of frigid prairie temperatures.

Recent rains on the West Coast have slowed the vessel loading potential. Vancouver stocks of all grain is shown to increase for a second week in week 23 to 420,200 metric tons (mt), which is down 41% from the same week last year and 34% below the three-week average.

Look for some improvement in week 24. The earliest indications from the AG Transport Coalition indicate demand for cars will fall to 2,518 hopper cars for both railways, which would be the lowest weekly demand seen this crop year. The Jan. 16 Daily Network Status report shows the idle car count falling for a third straight week in week 24, while West Coast unloads averaged 442 cars/day, which is the highest seen in four weeks. 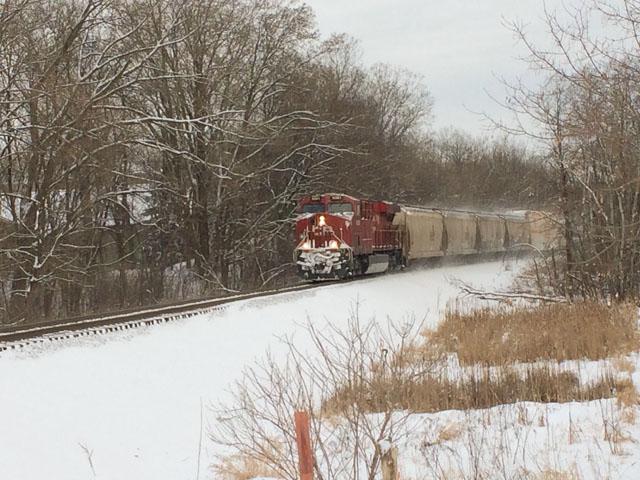