Statistics Canada reported that Canada's trade deficit with global partners has narrowed in January to $4.2 billion, still the second-largest deficit ever reported, with December's record trade deficit revised higher this month to $4.8 billion. The value of exports rose faster than imports in January, with commentary pointing to a 36.5% surge in energy exports, while making note of a drop in agricultural exports, largely linked to the other crops category, with a sharp drop in soybeans to China noted. The Farm, fishing and intermediate food products category shows exports falling by 8.1%, to $3.1 billion, the lowest monthly dollar value reported in 11 months.

As we do on a monthly basis, here is a look at random trade data released in Wednesday's report as it applies to Canadian crops and Ag products.

Lentil exports were reported at 239,801 metric tons in January, the largest monthly volume shipped since January 2017, while close to the largest January movement seen in data checked back to 2009/10. India was noted as the largest buyer with 80,548 mt shipped, the largest monthly volume shipped to this country since May 2017. Cumulative exports total 966,558 mt, 30.5% higher than the same six-month period in 2017-18, while 78.2% of the five-year average. This volume represents 56.9% of the current AAFC target of 1.7 million metric tons, while ahead of the pace needed to reach this volume.

Dry pea exports in January totaled 190,953 mt in January, the lowest volume shipped in five months. The largest shipments were destined for China, amounting to 81,252 mt, or 42.6% of the total volume, although this volume was the smallest volume shipped to this country since August 2018. Year-to-date exports total 1.568 mmt, up 9.2% from the same period in 2017-18 while 90.6% of the five-year average for this period. This volume accounts for 50.6% of the current AAFC export forecast of 3.1 mmt, while on track to reach this target.

Chickpea exports were reported at 12,881 mt in January, the lowest monthly volume shipped in four months although well-above the January volume shipped in 2018. Pakistan remains the largest buyer, with 43.4% of the total volume shipped to this country. Year-to-date, 79,999 mt has been shipped, representing 72% of the volume shipped in 2017-18 while 35% higher than the five-year average for this six-month period. Just the same, cumulative exports have reached 79% of the current AAFC export target of 90,000 mt, while ahead of the pace needed to reach this volume.

Soybean exports in January totaled 107,188 mt, sharply lower than the 922,833 mt shipped in the previous month and the 1.5 mmt shipped in November, while the lowest volume shipped in five months. This is also the lowest January volume shipped in seven years, while consistent with U.S. analysis pointing to U.S. January exports of soybeans to China the lowest since 2006, largely tied to China's reduced demand due to African Swine Fever outbreaks and import tariffs applied by China on U.S. product. Cumulative exports total 3.712 mmt as of January, up 11.2% from the same period in 2017-18 and 24.4% higher than the five-year average. Exports remain well-ahead of the pace needed to reach the current 5.5 mmt export target set by AAFC. Less than 1% of total exports were shipped to China, down from 85% of the total volume shipped to China in December and 92% of the total volume shipped in November.

Canada's corn exports in January fell to 53,301 mt, the smallest volume shipped in three months, with exports to the United Kingdom falling this month while exports to the U.S. accounted for 44% of total shipments. Year-to-date corn exports total 637,459 mt, up 27.2% from the same period in 2017-18 and 71.4% higher than the five-year average. Cumulative exports account for just 35.4% of AAFC's current 1.8 mmt export target, while behind the steady pace needed to reach this target. Over the past three years, cumulative exports through January have averaged just 27% of crop year exports, with heavier exports expected in the latter months of the crop year.

Corn imports in January totaled 242,486 mt across the country, the largest monthly volume reported this crop year. Cumulative imports total 1.076 mmt, up 77% from the same period in 2017-18 and 116% higher than the five-year average.

Canola meal exports totaled 387,162 mt for the month, down for the second straight month and the lowest volume shipped in three months. A larger share of the volume was shipped to the U.S. this month (78.6%) while a smaller share was shipped to China (20%), with the respective shares of this month's total in brackets.

As U.S.-China trade negotiations continue, there has been a great deal of focus in the U.S. over the potential for pork exports to China, given that country's African Swine Fever outbreaks and lost production. Statistics Canada reported 18,381 kilograms of frozen cuts shipped to China in January, accounting for 53.7% of the total exports within this category. While this is up 24.2% from the same month in 2018, this is the lowest volume shipped in three months. As well, the hams/shoulder and related cuts category shows a further 2,772 kg shipped to China (frozen), almost identical to the volume shipped in January 2018.

In a previous DTN 360 poll, the question was asked how long readers think Canada's trade dispute with China will last. Responses were skewed across all five choices, although the majority of responses (54%) were split almost evenly between 1) a period of six months and a year and 2) more than one year.

This week's poll asks if you intend to reduce canola acres planted in 2019 due to the current trade issue with China. You can weigh in with your thoughts on this poll, found at the lower-right side of your DTN Canada Home Page. 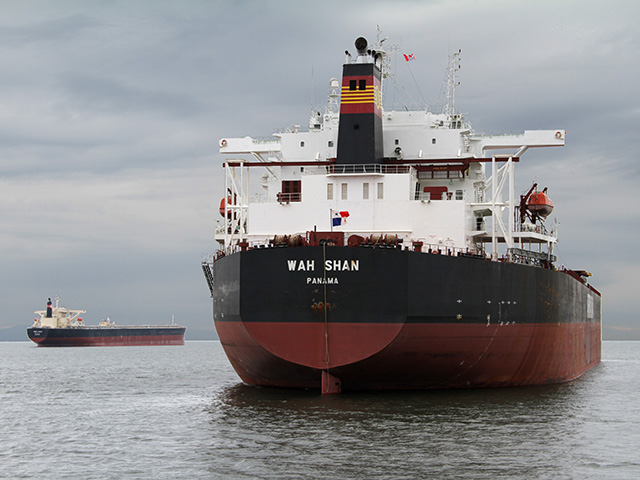