A combination of Statpub.com data and weekly Saskatchewan Agriculture Market Trends data shows the bid for No. 2 yellow peas slipping to $6.75 per bushel delivered to Saskatchewan plants, returning closer to the lows last seen in April after reaching as high as $7.30/bu. in June. This price is 27.7% lower that reported this week last crop year and 29% below the three-year average. New-crop bids are indicated to range from $6.40 to $6.75/bu., suggesting the possibility of further pressure ahead.

As indicated in Tuesday's Canada Markets Blog, current AAFC supply and demand estimates, adjusted for Friday's Statistics Canada acreage estimates, would suggest that dry pea supplies for 2018/19 will be 2.8% lower than last crop year and approximately 1% lower than the five-year average. The latest AAFC estimates indicate a year-over-year increase in forecast demand for peas in 2018/19.

Green peas have also shown recent pressure, reported at $8.35/bu. delivered Saskatchewan plants, the lowest level seen since early May. This is .5% higher than the same week in 2017 although 3.9% below the three-year average. New-crop bids point to expected downside ahead, unchanged from recent weeks at $7.80 to $8.25/bu.

Recent data shows further pressure on prairie lentil prices. Large green lentils are bid at $25.13/cwt after a modest recovery in late June, a price level that is 43.7% below the year-ago level and 48% below the three-year average. New-crop bids shown by Statpub.com range from $23 to $25/cwt, suggesting further pressure is expected as we move into harvest.

Red lentils weakened to $15.72/cwt delivered to Saskatchewan plants, 26.6% below the same week last crop year and 49.7% below the three-year average. While Saskatchewan Agriculture's weekly bid fell close to this level in December 2011, it would seem that this is the weakest bid seen since March 2007. This bid falls roughly in the middle of the range of new-crop bids, reported at $14.50 to $17/cwt.

As indicated in Tuesday's Canada Markets Blog, 2018/19 lentil supplies are estimated 9% higher at 3.178 mmt, based on current government projections. This includes the recent acreage report from Statistics Canada, 7.9% higher than the five-year average, while current government forecasts call for a year-over-year increase in exports that may prove a challenge. 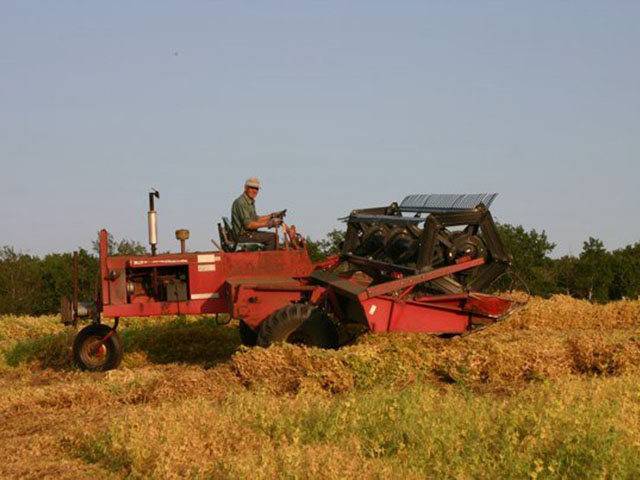