DTN's first 360 Poll for 2017 asked our Canadian readers for input on the following question: What do you think is the No. 1 Canadian agricultural story for 2016? Of the eight choices provided, including an option to select "other," three selections accounted for 94% of the responses.

It may be no surprise that Fort McMurray's wildfire was named the No. 1 weather story in Canada in 2016 by Environment Canada, as reported on the Canadian Meteorological and Oceanographic Society website. It was selected because of the large number of people affected and the significant domestic and international press coverage due to the stubbornness of the blaze. At the same time, Environment Canada's top 10 weather stories of the year didn't include the challenging fall weather and implications for the prairie harvest. No. 7 of the top 10 does include wild summer prairie weather, which also proved challenging for prairie producers, with incidents of tornadoes reported at 46 (34), hail at 368 (128), strong winds at 108 (51) and heavy rain at 40 (26), with the 30-year average reported in brackets.

Attracting the next largest number of responses in our (unscientific) DTN 360 Poll was the choice of the Trudeau government's announcement of a carbon tax, at 31% of total responses. Prime Minister Justin Trudeau announced the federal plan Oct. 3, with a $10 per metric ton price placed on carbon starting in 2018 and to escalate by $10/mt on an annual basis to $50 by 2022.

While provincial strategies began in Alberta and Ontario on Jan. 1 2017, a year earlier than the federal mandate, it is interesting that this choice on our poll was higher from our Saskatchewan producers as a percentage of that province's responses than seen in other provinces, which could be linked to that province's hard-lined opposition to the plan.

The third most popular choice on our poll for 2016's top ag story was the U.S. election and its implications on trade deals such as the North American Free Trade Agreement and the Trans-Pacific Partnership, at 31% of total responses. This seemed to be a more popular choice with growers from Manitoba and Ontario, with roughly half of responses in each province choosing this response. There is no question that Canada's agriculture industry could find itself in the line of fire of new U.S. policy. The International Monetary Fund reported today that this uncertainty is increasing the difficulty of forecasting the global economy for the upcoming year with the potential for trade wars between the United States and major trading partner ahead.

Less than 10% of our poll's responses chose the consolidation of ag companies in 2016 as the top story.

The other choices we had in our poll were based on headlines in 2016, but they didn't receive much reaction from our readers. This included: The Canadian government's signing of the EU-Canada Comprehensive Trade of Agreement (CETA); record prices; acres seeded to pulse crops; and Canadian dollar volatility.

DTN thanks all responses to this and all 360 polls.

This week's poll asks if you think the canola industry can maintain the current pace of demand? You can weigh in with your thoughts on DTN's poll, found at the lower-right side of the DTN Home Page. 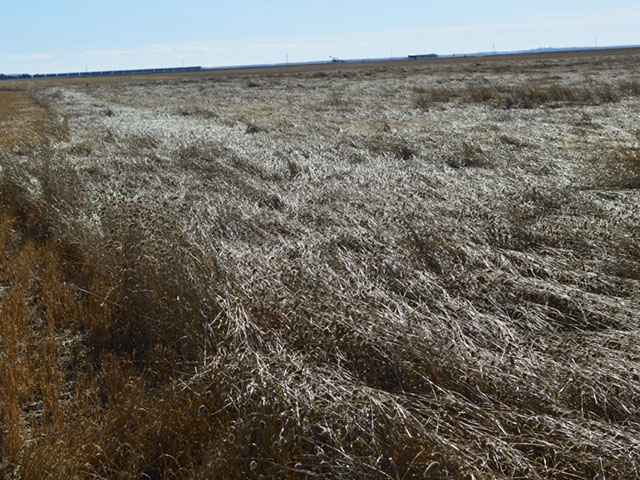