As seen in the third grouping of bars which measures country stocks, elevator space remains in good shape, despite being higher than year-ago levels and the five-year average, as of week 22 or the week ending Jan. 3. Country stocks were estimated at 3.3076 mmt, the lowest stocks reported since week 11 or the week ending Oct. 16. This volume is 7.3% higher than this time last year, while 13.6% higher than the five-year average at this time. At the same time, current stocks represent only 46.6% of reported primary elevator storage capacity and 71.7% of estimated elevator working capacity.

This week's poll question: Canadian canola crush and exports are ahead of last year’s pace. Can the industry maintain this pace of demand?

You can weigh in with your thoughts on DTN's poll, found at the lower-right side of the DTN Home Page. 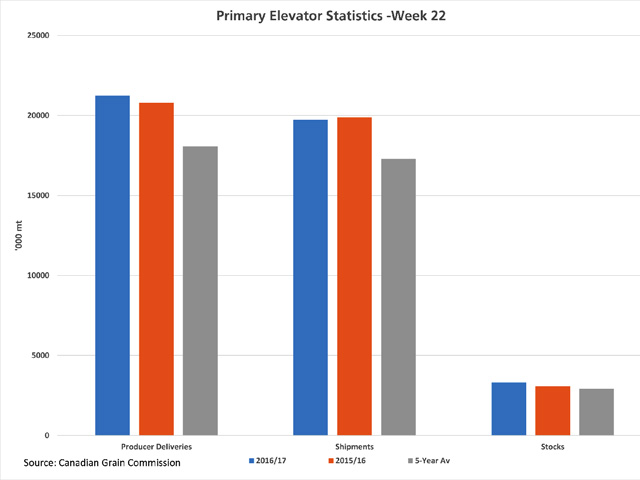