In today's Washington, a free-trade agreement would have as much chance of Congressional passage as a cut in Social Security benefits. Which is to say, no chance at all. As much as farmers and ranchers might want the United States to rejoin the Trans-Pacific Partnership, there's little support for trade pacts like TPP in either party.

Recognizing this political reality but eager to counter China, the Biden administration has unveiled something called the Indo-Pacific Economic Forum for Prosperity. (https://www.dtnpf.com/…) The most important thing to know about IPEF is it's not a trade agreement. The second most important thing to know is it won't require Congressional approval.

The U.S. and a dozen other countries launched IPEF in Tokyo during President Biden's Asia trip. Their talks will focus, the White House said, on things like fragile supply-chains, corruption and tax havens, which "past models of economic engagement did not address." (https://www.whitehouse.gov/…) Things past models did address, like tariff and quota reductions, aren't on the table.

Details are scant. It's not even clear which countries will choose to negotiate over which of the four "pillars" of the framework -- "connected economy," "resilient economy," "clean economy" and "fair economy." And, as DTN's Ag Policy Editor Chris Clayton pointed out, the word "agriculture" doesn't appear in any of the White House Statements. (https://www.dtnpf.com/…)

Still, agriculture groups have apparently decided to make the best of IPEF. "The launch of the new Indo-Pacific Economic Framework is a positive step," said Zippy Duvall, president of the American Farm Bureau Federation, "and we hope additional progress will quickly follow." (https://www.fb.org/…)

How exactly agriculture will benefit is murky. U.S. Trade Representative Katharine Tai spoke to this question in generalities. According to DTN's Clayton, Tai told reporters, "We will see commitments with IPEF partners that facilitate agricultural trade through science-based decision making and the adoption of sound, transparent regulatory practices. This will help our farmers, our ranchers, and our fishers gain certainty for getting their products to the region."

In a way, the administration's approach evokes memories of the sign that legend has it hung in old West saloons: "Don't shoot the piano player, he's doing the best he can." The Biden team is talking with potential Asian partners about "economic engagement" because they can't talk about trade. And you have to hand it to the administration: Despite offering nothing in the way of market access, they've gotten 13 other countries to at least join the conversation, including even India.

Trade deals are unpopular because voters blame them for the loss of factory jobs many communities have experienced. It infuriates voters to see American companies close down plants at home and move their manufacturing to low-wage countries.

It's no consolation that much of the country's loss of manufacturing jobs is due to technology, not trade. Yet it's true. Technology boosts productivity, enabling factories to produce more with fewer workers. For example, the American Iron and Steel Institute says a finished ton of steel took 10.1 man hours to produce in the early 1980s but only 1.9 man hours in 2017. (https://www.steel.org/…)

Still, there's no denying many factory jobs have been lost to imports. Past administrations sometimes intervened to minimize the losses. For example, the Reagan administration convinced the Japanese to accept "voluntary restraints" on their auto exports. Soon Toyota and Honda were manufacturing cars in the U.S.

When China was admitted to the World Trade Organization at the end of the century, American manufacturers couldn't resist China's combination of favorable trade terms and industrious low-wage workers. Offshoring accelerated. Is it any wonder voters blame trade agreements for deindustrialization?

The Trans-Pacific Partnership would have cost the U.S. more manufacturing jobs, though how many is unclear. What's clear is that withdrawing from it, as President Donald Trump did on his first day in office, undermined American influence in Asia. Not only did the other 11 nations go ahead with the TPP without the U.S. but many of them recently signed on to a tariff-lowering pact with China, the Regional Comprehensive Economic Partnership.

IPEF represents an attempt by the U.S. to reassert economic leadership in Asia while tacitly acknowledging that trade agreements are political poison in Washington. But because it doesn't offer partner countries much in the way of market access, it may not produce much of benefit to the U.S. And because it's an executive branch creation that won't be ratified by Congress, it can easily be undone by a future administration.

Agriculture may derive some gains from it anyway -- but don't hold your breath. 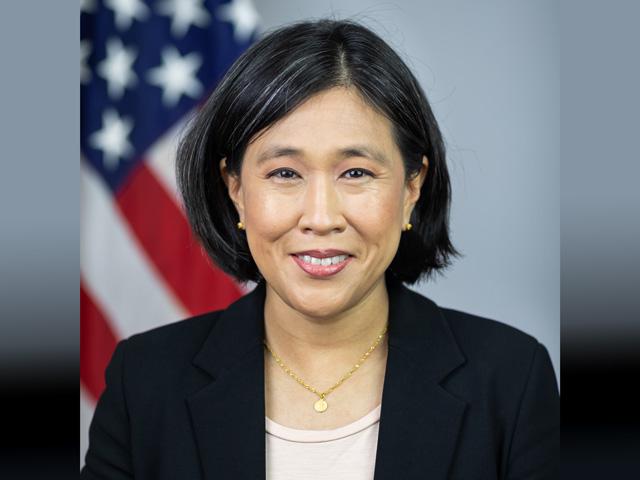 MIKE` WILHOIT
8/9/2021 | 1:21 PM CDT
Calling Dr. Lehner, calling Dr. Lehner... Perhaps you should read up a bit more before you offer medical advice to the unvaccinated...what a tool. https://theconservativetreehouse.com/blog/2021/08/09/must-see-family-medical-physician-dr-dan-stock-delivers-an-important-message-to-mount-vernon-school-board-about-coronavirus/#more-215100