OMAHA (DTN) -- The word "agriculture" doesn't come up in the multiple White House statements about the value or benefits of the Indo-Pacific Economic Framework for Prosperity, kicked off Monday by President Joe Biden in Japan.

The rollout of the new trade talks between the U.S. and 12 other countries "covers half the population of the world and more than 40% of global GDP," the White House noted; but the framework does not include tariff reductions or specific details about increasing market access. The goal of the talks is to offset some of China's dominance in the region and re-establish some U.S. influence as well.

While agricultural groups have pushed for the Biden administration to rejoin the Comprehensive and Progressive Trans-Pacific Partnership, they also had called on the administration to focus on increasing market access and lowering tariffs. The problem is those aspects would require congressional approval, which would likely be elusive in the current political climate. The Indo-Pacific Economic Framework (IPEF) doesn't require a vote by Congress.

Biden formally kicked off talks with leaders from Brunei, India, Indonesia, Japan, South Korea, Malaysia, New Zealand, the Philippines, Singapore, Thailand and Vietnam. The White House anticipates anywhere from 18 months to two years of talks, but ideally would like to see a deal reached before the U.S. hosts an Asian economic summit set for the latter part of 2023.

In talking about the trade deal, U.S. Trade Representative Katharine Tai told reporters on a call early Monday that part of the negotiations would include some benefits to farmers.

"We will see commitments with IPEF partners that facilitate agricultural trade through science-based decision making and the adoption of sound, transparent regulatory practices. This will help our farmers, our ranchers, and our fishers gain certainty for getting their products to the region," Tai said.

Asked about the Trans-Pacific Partnership -- which was originally negotiated under the Obama administration -- Tai told reporters, "With respect to TPP, I think the biggest problem with it was that we did not have the support at home to get it through."

The Indo-Pacific framework will be more open than a normal trade deal. The framework has four main goals, which include eliminating bottlenecks in supply chains, boosting renewable or clean energy, defining new rules for digital trade and services, and "decarbonization" of trade. Each of the 13 countries will decide on which of the areas to make commitments without having to commit to the entire package.

Still, Commerce Secretary Gina Raimondo called the talks "the most significant international economic engagement" the U.S. has ever had in the Asian Pacific region. Raimondo said the talks would mark "an important turning point in restoring U.S. economic leadership in the region and presenting Indo-Pacific countries an alternative to China's approach on these critical issues."

Despite the lack of specifics related to agriculture, Zippy Duvall, president of the American Farm Bureau Federation, said the launch of the talks "is a positive step, and we hope additional progress will quickly follow. Trade is critical to the success of U.S. farmers and ranchers, including improving relationships and reaching new agreements with this region's countries. The IPEF will help reduce barriers, improve the adoption of science-based standards and grow American agricultural exports to the region," Duvall said. He added, "We urge the administration to work with other nations through the new Indo-Pacific Economic Framework to expand access to American goods throughout the world."

The focus on supply chains also is critical, given the problems agricultural shippers have faced trying to get exports out of the United States.

Dave Salmonsen, senior director of government affairs for AFBF, noted the negotiations kicked off Monday after nearly a year of discussion and outreach by the White House. The talks don't define a traditional trade agreement approach either. "It's a product that's still under development," Salmonsen said.

For agriculture, Salmonsen said, the talks create an opportunity to reduce some of the non-tariff barriers that often block access for agricultural products. "So that's a positive thing for ag," he said.

Another key element to the IPEF talks is India has come to the table. Salmonsen noted U.S. agriculture has had a lot of problems with India over the years due to both tariffs and other trade barriers, but it's a positive sign that the country and its 1.4 billion people are involved. "We'll see to what extent they want to engage and how far they are willing to go to address some of these issues," he said.

Brian Kuehl, executive director of Farmers for Free Trade, noted U.S. agriculture has looked to the Indo-Pacific region as an essential market for expanding trade. To take advantage of the opportunity, "we need to knock down barriers to trade and position ourselves as a viable alternative to Chinese dominance in the region."

Kuehl added the Biden administration still will have to explain how an agreement that doesn't address tariffs will lead to greater market access.

"As negotiations progress, we encourage the administration to speak directly to farmers, food producers, and rural Americans about how IPEF can directly benefit them," Kuehl said. "Opening engagement in the Indo-Pacific region is a positive sign, closing out an agreement that gives American farmers expanded market access must be the goal." 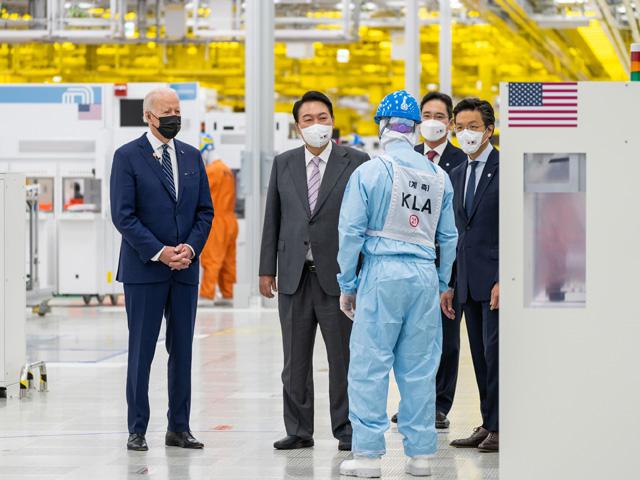