The Biden administration has been slower to show its cards on trade than its predecessor. Donald Trump made his disdain for free trade clear on his first day as president.

The Bush and Obama administrations had negotiated for years to establish the Trans-Pacific Partnership, an agreement aimed at lowering tariffs and increasing trade among 12 Pacific-rim countries. Trump pulled the U.S. out of the TPP as one of his first official acts.

Biden hasn't done anything as dramatic, but his trade policy is starting to come into focus. It's looking like it won't be as different from Trump's as might have been expected. One thing that seems very clear is that under this president, as under his predecessor, the U.S. commitment to free-trade agreements is a thing of the past.

Neither the left nor the right likes free trade. Presidents have gotten the message. Trump and Biden haven't undone everything their free-trade predecessors pushed through, to be sure. The U.S. can't be said to have retreated behind high protectionist walls across the board.

But Trump and Biden have undone some of it. Most strikingly, U.S. negotiators are no longer focused on multilateral agreements to lower tariff and non-tariff barriers to trade.

Biden's trade policy is by no means a carbon copy of Trump's, but it builds on Trump's. For example, Biden has left the phase-one trade deal with China in place, and he hasn't lifted some of the tariffs Trump imposed on friends and foes alike.

In the speech, Tai made clear that the Biden administration is relying more on domestic economic and industrial policies than on trade policy to meet the competitive challenge from China.

Yes, U.S. negotiators will continue to push China to back away from subsidizing its manufacturers. But Tai didn't hold out much hope of success. "It is increasingly clear that China's plans do not include meaningful reforms to address the concerns that have been shared by the United States and many other countries." (https://ustr.gov/…)

Another departure from Trump's policies: The U.S. will, Tai said, "work with allies to shape the rules for fair trade in the 21st century." She said she's working to strengthen those alliances.

Judging by the two small agreements, the EU tops the allies list. In June the U.S. and EU declared a ceasefire in their 17-year-old feud over aircraft subsidies. The Wall Street Journal headline captured the deal's back story -- the need for a united front at the World Trade Organization as China starts producing its own heavily subsidized aircraft: "The End of the Boeing-Airbus Spat Begins the Aviation Battle With China." (https://www.wsj.com/…)

Last month, the U.S. and EU struck another deal. Trump's 25% tariff on foreign steel will no longer be applied to EU steel imports below pre-pandemic levels. Same for Trump's 10% tariff on foreign aluminum. In return the EU will lift its retaliatory tariffs on U.S. goods, including Harley-Davidson motorcycles and Kentucky bourbon.

There's a back story to this agreement, as well. Under the agreement the two sides will spend a couple years devising so-called carbon tariffs, levies on imports that go up as the carbon content of the steel and aluminum increases. U.S. and EU steel is much lower in carbon than Chinese.

It's open to question whether this protectionist-light arrangement could survive WTO scrutiny, but the Biden administration is continuing the Trump policy of stymying the WTO's dispute-settlement process. Meanwhile, it can sell the deal as both a fulfillment of its pledges to reduce carbon emissions and a worker-friendly barrier to cheap, subsidized Chinese steel.

Biden's protectionist tendencies, then, are different from Trump's: less reliant on hitting foreigners with big new tariffs, more tailored to progressive ends. Less unilateral. But they're the same when it comes to anything that smacks of free trade.

Japan has not been on the list of allies the administration is courting. Perhaps that's because Japan wants the U.S. to do something the Biden administration wishes to avoid as much as its predecessor did: rejoin the TPP.

Multilateral trade agreements are anathema in Washington these days. Tai didn't even mention Japan or the TPP in her trade-policy speech. The Trump steel and aluminum tariffs have not been lifted for Japan.

What does the Biden trade policy mean for farmers and ranchers? Trump negotiated commitments from China to buy more U.S. agricultural products; Tai said the Biden administration will press China to honor those commitments. But the abandonment of big, multi-country trade deals like TPP means fewer potential market-opening benefits for big exporting sectors like agriculture.

The more confident, less-trade-scarred America of a couple decades ago pushed for broader, freer trade worldwide. China's rise changed that. Trump changed that. Joe Biden is confirming that change. 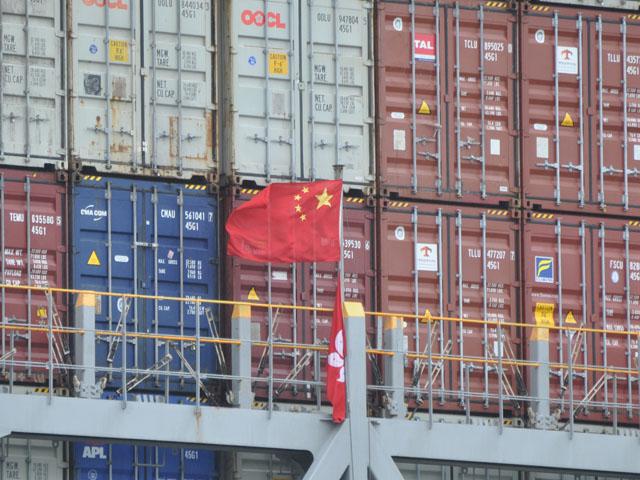