Vladimir Putin used to make light of climate change. "An increase of two or three degrees wouldn't be so bad for a northern country like Russia," he said in 2003. "We could spend less on fur coats, and the grain harvest would go up."

Since then, Russia's president has changed his tune. In 2015 he called climate change "one of the gravest challenges humanity is facing." But he still wants to boost Russia's grain production -- and climate change is giving him a hand.

It could give him an even bigger hand in the future, according to a lengthy (listening time: 47 minutes) article from ProPublica and the New York Times. It's headlined "How Russia Wins the Climate Crisis" and it paints Russia as a rising agricultural power with the potential to become a colossus. Thanks to its vast, unexploited and warming Siberia region, the article declares, "No country may be better positioned to capitalize on climate change than Russia." (https://www.propublica.org/…) and (https://www.nytimes.com/…)

Canada and the Scandinavian countries also stand to gain from increasing temperatures, the article concedes. But Russia has more land -- a lot more. The article quotes a scholarly estimate that permafrost melting will make 2 million square miles of Siberia available for farming by 2080. That's nearly 1.3 billion acres. By comparison, there are only 897 million acres being farmed in the U.S. (https://www.nass.usda.gov/…)

Situated north of China and other populous Asian countries, Siberia is credited with another big climate change-related advantage: migrants to do the farming. As the optimal climate for human productivity -- average annual temperatures between 52 and 59 degrees Fahrenheit -- moves north in the years ahead, people will move north with it, the article maintains.

To one American foreign-policy expert quoted in the article, Russia has the potential to dominate world agricultural production, which he sees as "a national security issue" that is "underappreciated as a geopolitical threat." The article says American agriculture is currently "a significant, if low-key, instrument of leverage in America's own foreign affairs," but warns that advantage could disappear as Russia's production rises and increasing temperatures hurt U.S. farm yields.

It's a chilling scenario for American farmers and ranchers, who will naturally wonder if there's anything to it. If I thought the answer was "nothing," I wouldn't have brought the article to your attention. There is something to it -- but perhaps not as much as the journalist who wrote it, Abrahm Lustgarten, thinks.

Let's assume he's right in his assessment of how the climate will change. It seems plausible to me. The question is, do rising temperatures mean Russia is destined to dominate world agriculture?

Climate change might make 1.3 billion acres of Siberia available for farming six decades from now, but it's hard to believe anything remotely like that number will be farmed. How many Russians will want to farm them? As Lustgarten notes, the population of Russia's far eastern states has been declining. Moscow's efforts to lure Russians to resettle there have mostly failed.

Economic opportunity and climate change could drive immigrants across the border from China. Lustgarten concedes that fear of foreigners, and especially Chinese, is strong in Russia. But Russia is determined to develop its far East, and "a strategy of accommodating migrants would almost certainly be more to Russia's benefit than one that attempts to keep them out."

In other words, to get a lot of those acres farmed will require a willingness in the Kremlin to take political heat. A liberal immigration policy may be rational but it will almost certainly be unpopular. Indeed, it may be more unpopular in Russia than it would be in other countries. It's fair to question whether even an authoritarian regime can muster the necessary political will to let hordes of Chinese move in.

Thawing land will be muddy and unstable and soil quality in some places will be poor, Lustgarten admits. The mosquitos won't be any fun, either.

There are other reasons for skepticism. A warming north won't be the only thing going on in the world. Shifting weather patterns could make the north wetter as well as warmer, and therefore muddier.

Lustgarten maintains farming in today's temperate zones will become much less productive, making the far north more attractive, but this again reduces a dynamic world to one in which climate change is the only variable. Farmers won't just quit because their yields are declining. They will change crops, adopt more customized seeds and technologies and otherwise adapt.

This is not to deny Russia is a rising agricultural power. Between 2000 and 2018 its ag exports increased about 16 times. (https://www.intellinews.com/…) Russia recently became the world's largest wheat exporter.

Chinese money is flowing into Russian agriculture. The article mentions a 2019 Chinese investment to develop 123,000 acres for growing soybeans and other crops and build a soybean-processing plant.

(That investment, however, was near Vladivostok, which is actually east of China. It doesn't mean China necessarily has eyes on Russia's far North.)

There's little dispute that Russia, Canada and Scandinavia will be climate change winners, and not just thanks to the new shipping lanes through the Arctic that melting ice will create. Agriculture in these countries will benefit, as well.

How much it will benefit is unclear. ProPublica and the New York Times have sketched one rather dire scenario: Russia morphs into the Godzilla of world agriculture. It's a scenario worth contemplating, but less sensational scenarios are equally possible. A great many things will have to go right for Russia if it's to dominate world agriculture. 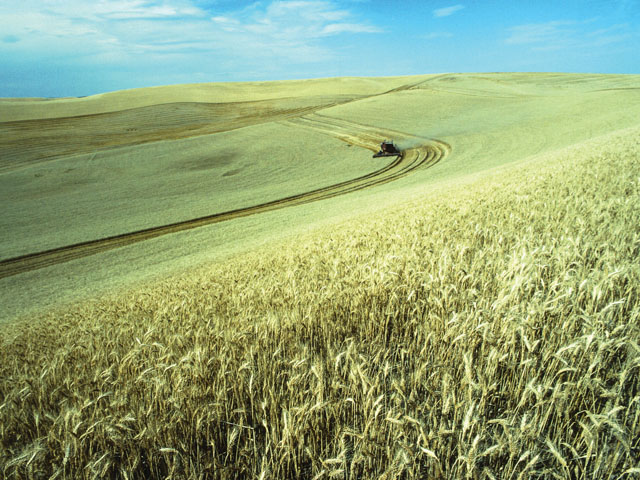