Tom Vilsack won't be the first Secretary of Agriculture to serve under more than one president. James "Tama Jim" Wilson was Secretary of Agriculture from 1897 to 1913 during the presidencies of William McKinley, Theodore Roosevelt and William Howard Taft. (https://www.usda.gov/…) Four other secretaries -- Earl Butz, Orville Freeman, Claude Wickard and Henry Cantwell Wallace -- served under two presidents.

Vilsack, though, will be the only USDA chief under two presidents whose terms didn't follow each other. The others, including Tama Jim, basically continued in office as the presidency changed hands. In Vilsack's case, four years under a president of the other party have elapsed since his last day in the Obama administration.

There's reason, then, to wonder how his second time around might be different.

In important, underlying ways it's likely to be the same. DTN's Ag Policy Editor, Chris Clayton, has written an excellent review of Vilsack's eight years under President Obama. (https://www.dtnpf.com/…) It paints Vilsack as a master of creative uses of USDA's powers to implement a president's priorities. For example, Clayton quotes this from Obama's new book: "Tom Vilsack, the hard-charging former governor of Iowa, would leverage Recovery Act dollars to spark a host of new economic development strategies for struggling rural communities."

Expect, then, that Vilsack will do similar work in service of President-elect Biden's announced priorities. Those priorities are responding to COVID-19, promoting economic recovery, combating climate change and building racial equity. (https://buildbackbetter.gov/…)

Specifically, expect USDA interventions to protect farm and food-system workers from the virus.

Expect new programs to restore rural communities to economic health; expect the government to do more to feed the hungry.

Expect Vilsack to have a better record on racial justice than during his previous time as secretary.

On issues that don't touch on Biden's priorities, Vilsack's history suggests he will be a relatively middle-of-the-road agriculture secretary.

As Clayton points out, the Progressive left was often critical of Vilsack in the Obama years. They wanted him to promote their causes, and only their causes. At the same time, traditional production-ag types thought he coddled the left.

Vilsack cheered for farms -- all farms. Pressed to choose between competing schools of agricultural thought, the local and organic or the commercial and transgenic, Vilsack said, "I have two sons and I love them both."

This time around, commercial ag groups have been supportive of his nomination, but he continues to take flak from his left. (https://www.sierraclub.org/…) It won't be surprising if he tries again to occupy the middle ground.

So much has changed in the last four years, the issues are so different, that the next four can't be a carbon copy of Vilsack's earlier eight. What hasn't changed is what Clayton calls Vilsack's "wonkish nature." He will dig in and work feverishly, pushing every possible button of governmental machinery to make Joe Biden's dreams reality.

For farmers and ranchers wondering about the direction of government policy these next few years, the watch list goes beyond Vilsack and USDA. The Environmental Protection Agency will make critical decisions on renewable-fuels issues and the Waters of the United States (WOTUS) issue. The future of tariffs and trade policy rests with the U.S. Trade Representative and White House economic policy makers. Only Congress can give Biden one of his priorities, a federal carbon trading scheme. In a couple of years Congress will also have a new Farm Bill to consider.

Private citizen Vilsack criticized those payments as inappropriate. (https://www.dtnpf.com/…) As secretary, will he end them? Or could he find new and equally creative unlegislated uses for the kitty?

The other change was relocating two research-oriented USDA agencies to Kansas City. Rather than leave Washington, roughly half of the employees of the Economic Research Service and the National Institute of Food and Agriculture quit. At a recent Farm Foundation forum, former ag secretary Ann Veneman said, "These agencies have been gutted of many of their employees." (https://www.youtube.com/…)

Will Vilsack try to reverse that decision and bring everyone back to Washington? Or, perhaps, leave the Kansas City office in place and locate new hires in D.C.? He might just decide that with so many USDA employees telecommuting, now is not the time to invest energy in office issues.

In 2017, President Trump wanted to simply scuttle the North American Free Trade Agreement. Secretary Perdue convinced him to renegotiate it instead. He showed the president a map indicating that scuttling NAFTA would hurt states that voted for him. (https://www.wsj.com/…)

Vilsack, like Perdue, seems to be trusted by his president. Obama wrote that Vilsack was one of those cabinet secretaries who "did yeoman's work without a lot of hand holding." That's one thing that probably won't change in the Biden administration.

Previous Post (What is USDA's Most Important Function? The Answer May Surprise You)
Next Post (The Great Debt Debate) 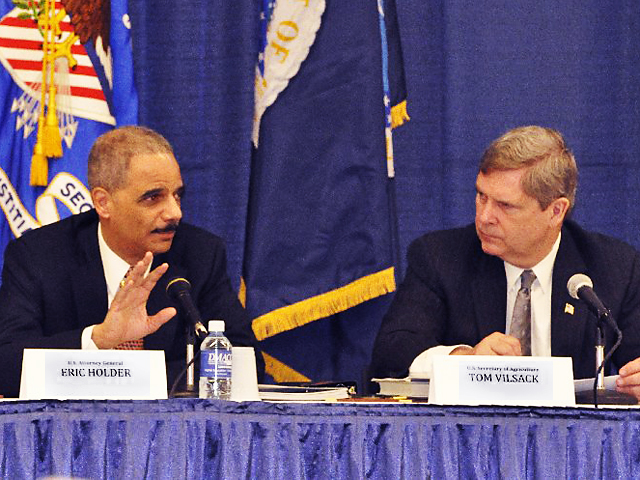