As a native of Michigan who has lived in Chicago and Omaha and is married to a woman from Kansas City, I am naturally interested in the tribulations of the Midwest. Things like derecho winds and meatpacking-plant coronavirus hotspots and falling farm incomes. Things that make Midwesterners shudder.

And then there's baseball. Nine of the major leagues' 30 teams hail from the Midwest and this should have been a good year for them. For one thing, the rules of the coronavirus-shortened 60-game regular season increased the number of teams making the playoffs to 16 from 10. There were, in other words, six more playoff slots available for Midwestern teams to fill. In addition, several of those teams entered the season looking like contenders.

They got off to a good start. Seven of the 16 teams that qualified for the playoffs were from the Midwest, three in the American League and four in the National. Both Chicago teams, the White Sox and the Cubs, made it, along with the Minnesota Twins, the Cleveland Indians, the Cincinnati Reds, the Milwaukee Brewers and the St. Louis Cardinals.

If seven Midwestern teams could claim almost half of the first-round playoff slots, you'd think at least a couple of them would have moved on to the second round, the Division Series. How many actually did that? Zero.

Zero. OK, granted, it's been a weird season in a weird year, what with only 60 games and no fans in the stands. But zero? Zero of seven moving on to round two? What are the odds of that happening?

Those seven Midwestern teams might as well have not made the playoffs at all, like my Midwestern team, the Detroit Tigers, and my wife's, the Kansas City Royals. It isn't just that there will be no teams from the Midwest in the World Series this year. It's that there weren't even any in the Division Series, which narrowed the survivors down to four, nor will there be any in the Championship series, which will produce the final two.

You have to ask, "What's happening to the Midwest?" If more than three-quarters of the Midwest's nine major-league teams got into round one, how could none of them have advanced to round two? It's almost as if the Midwestern teams were the victims of a conspiracy.

If the Midwest's teams were the losers, who were the winners? There are two ways to look at that. One is that the coasts prevailed over the heartland. The winners included four East Coast teams (the New York Yankees, Atlanta Braves, Tampa Bay Rays and Miami Marlins) and three West Coast teams (the Los Angeles Dodgers, San Diego Padres and Oakland Athletics.) The eighth winner was the Houston Astros, which could be thought of as a Gulf Coast team.

Or you could see this as the triumph of the Sunbelt. Except for the Yankees, all of those that went to the Division Series are from Sunbelt states -- Florida, Georgia, Texas and California.

For those who see politics in everything, please note that this is not a matter of the red states vanquishing the blue, or vice versa. Four of the teams were from red states (Florida, Georgia and Texas) and four from blue (California and New York).

Perhaps baseball in this strange year is like farm-bill politics in Congress. They're often said to be geographical rather than partisan -- not conservative versus liberal but the South versus the Midwest. In a similar fashion, the coasts versus the heartland or the Sunbelt versus everyone else are better explanations of what's happening in baseball than red versus blue.

Whatever the answer, a Midwestern baseball fan is in the position of a farmer whose fields have been ravaged by weather or pests when all the other farmers are enjoying bumper crops. Like that farmer, the fan's only consolation is that classic baseball adage, "There's always next year." 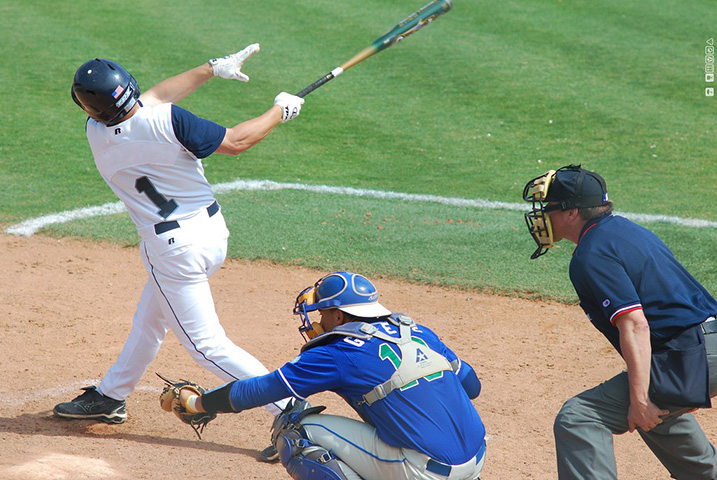