In my previous post, I referred to the "seeds of distrust" that have been sown over the years between the U.S. and China, poisoning the bilateral relationship and raising the threat of a new Cold War. (https://www.dtnpf.com/…) Those were metaphorical seeds. Today let's talk about the mistrusted actual seeds that many Americans have been receiving from China.

As DTN Crops Technology Editor Pamela Smith has reported, many Americans have received unexpected envelopes that appear to have been mailed from China. The envelopes are often marked as holding jewelry. They actually hold seeds. USDA and state ag departments are warning people not to plant those seeds. Who knows what they are, or what harm they could cause? (https://www.dtnpf.com/…)

The seed packages are a modern-day version of the famed Trojan Horse. As described by the ancient Greek writer Homer and the ancient Roman writer Virgil, the Trojan Horse was the subterfuge that won the Trojan war for the Greeks. They built a large wooden horse, loaded it with soldiers and left it outside the walls of Troy. When the Trojans brought the horse inside their walls they got a devastating surprise. Hence the old saying, "Beware of Greeks bearing gifts."

Today it's "Beware of Chinese bearing seeds." The envelope is marked "jewelry;" the contents are a surprise. From the outside, the gift appears innocent; inside lies danger. Trojan Horse.

Pam Smith told an interesting story about something that happened to her when she was a student, how she received a gift in a wicker basket and how the basket left her with an insect infestation. In her story it was the "outside" that was dangerous, but the moral is the Trojan Horse moral: Gifts can contain nasty surprises. (https://www.dtnpf.com/…)

Many think the seeds are being sent as part of a "brushing" scam. Brushers are merchants who aim to get prominent display for their products, which aren't seeds, on websites such as Amazon, through hundreds or thousands of fake rave reviews. Only recipients of products can write reviews so brushers have to send something to the people whose names they appropriate in the reviews. Seeds are cheap and light.

Like Covid19, brushing originated in China. Five years ago, William & Mary University reported that one of its computer-science PhD students, Haitao Xu, had co-authored one of the first scholarly papers on brushing.

"Brushing has been a serious problem on Chinese online marketplaces, including Taobao and JD.com," William & Mary said in a press release. "Xu said he knows of no brushing problems on sites such as Amazon and eBay, but he cautions that the English-language sites are by no means immune from such manipulation." (https://www.wm.edu/…)

If the authorities are right and brushers sent these seeds, Xu's warning that American sites lack immunity will have been proved correct. And while most federal and state ag officials seem convinced that the senders are indeed brushers, there are skeptics. One is Mississippi's ag commissioner, who told the Wall Street Journal, "Someone is expending huge sums of money to get these seeds in some cases to very remote locations throughout the United States." (https://www.wsj.com/…)

Do the skeptics have a point? Let's do some math. We have to make some assumptions; no one has a good count on how many Americans have received the seeds, the starting point for determining how much money has been spent on sending them. CNN says seeds have been received in all 50 states. (https://www.cnn.com/…) The Journal reports that 900 people in North Carolina reported receiving them.

That's a lot of money, but for some products it would be a much cheaper and more effective form of marketing than national-television advertising, which can run into the millions. Could the benefit in increased sales from a high Amazon ranking exceed $500,000? Quite possibly.

The better bet, then, is that we really are seeing a brushing campaign. If so, that's a relief. It holds out the hope that the seeds weren't sent with the aim of harming recipients. They were just what was at hand. It suggests we're dealing with a racket, not bio-terrorism.

Still, officials are right in warning us not to plant them. If nothing else, planting them could introduce invasive species. Among the many things this country doesn't need is another kudzu. 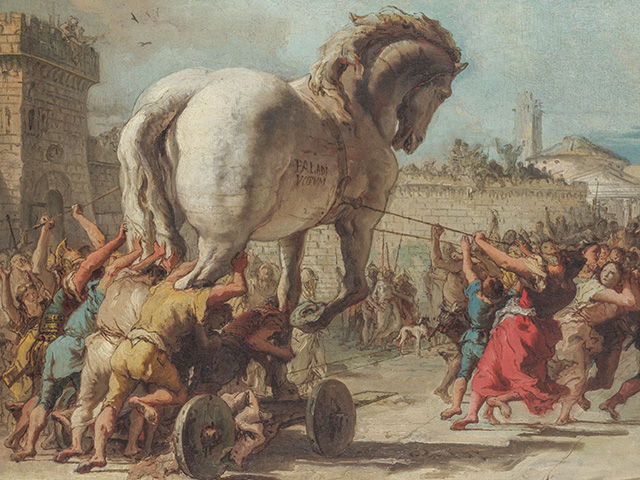