If you're in agriculture you've probably had an experience like the one I recently had. You're having a pleasant chat with an intelligent and reasonable person. Suddenly, she surprises you. "Isn't it a shame," she sighs, "that big corporations now own most of the nation's farms?"

Which leaves you wondering, "How could a person so generally well-informed believe something so far removed from the truth?"

Again and again, USDA censuses have confirmed that the overwhelming majority of American farms are family farms. According to a 2016 USDA report, only 1.3% of the nation's farms were non-family farms, defined as "any farm where the operator and persons related to the operator do not own a majority of the business." (https://www.ers.usda.gov/…)

So how is it that not a few Americans think big corporations own all the farms?

No doubt the urban-rural divide is part of it. Many urbanites have never met an actual farmer. Despite being, in many cases, just a few generations off the farm, these city dwellers have zero direct contact with, or knowledge of, agriculture.

But there's something else going on -- a tendency toward exaggeration and loose language by some critics of commercial agriculture. These critics don't in so many words say corporations own all the farms, but they toss around terms like "corporate farming."

Corporate farming implies ownership. That's underscored by the anti-corporate farming laws in nine states. These laws, the National Agricultural Law Center says, "restrict the power of certain corporations to engage in farming or agriculture, or to acquire, purchase, or otherwise obtain land that is used or usable for agricultural production." (https://nationalaglawcenter.org/…)

If you accept this definition and are familiar with the facts, you're forced to the conclusion that commercial-agriculture critic Tom Philpott of Mother Jones reached a few years ago when he wrote an article whose headline said it all: "Does Corporate Farming Exist? Barely." (https://www.motherjones.com/…)

Where it gets tricky is with broader definitions of the term. Wikipedia says corporate farming is "the practice of large-scale Agriculture on farms owned or greatly influenced by large companies." (https://en.wikipedia.org/…)

That's a slippery definition, isn't it?

It's vague, for one thing, starting with the word "greatly." Is a 2,000-acre corn-and-bean grower who buys seeds and fertilizer and pesticides and heavy equipment from big companies and sells what he harvests to them "greatly influenced" by big companies? Is he therefore engaged in "corporate farming" even though he owns and operates his own spread? Really?

The broader definition is also confusing because, by throwing in "large-scale agriculture," it mushes two issues that shouldn't be mushed -- the size of farms and the role of corporations. For big companies can "greatly influence" even small farms, and mega-farms may actually be less subject to corporate influence because their size gives them buying power.

But the biggest problem is that the definition is straight-out misleading. When average people hear the words "corporate farming," they don't think "greatly influenced by" corporations. They take corporate farming to mean something like "the opposite of family farming."

For example, in "Hunter's Moon," a recent "novel in stories" by Philip Caputo, a character drives through cornfields in northern Wisconsin. "They are cultivated by corporate farms, those fields," the novelist observes. "The family farms he remembers from his boyhood, when his father took him on hunting trips, vanished years ago."

Mr. Caputo, meet Mr. Philpott. Small family farms may have disappeared, but the big farms that took their place are owned by families, not corporations. They're family farms.

Corporations are so unpopular in today's society that the very word has become a form of opprobrium. Tacking "corporate" on to "farming," then, is almost a form of name-calling, an attempt to win a debate by framing the terms of the argument.

It's possible to object to the power of big agribusinesses without confusing the issue by implying they own all the farms. Critics -- and novelists -- should take Philpott at his word: Corporate farming barely exists. Farmers on social media need to help educate the public about this. 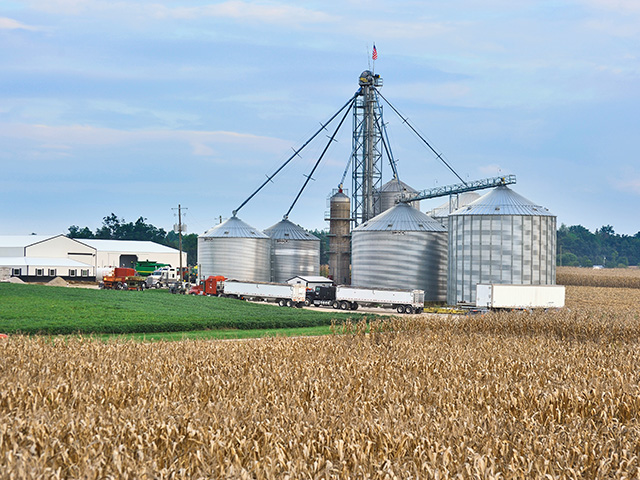