A recent front-page Wall Street Journal story said soybean farmers are fighting to save their top export market, China. (https://www.wsj.com/…)But if you read the story carefully, you may wonder if the battle is winnable.

As the Journal makes clear, more is at stake than current soybean sales, which are not doing much rebounding after falling 74% last year. What matters is the size of the market, and who's serving it, five, 10, 20 years and more from now. The problem is the Chinese are not only cutting back on buying American beans now, they're taking steps to lessen their dependence on them in the future.

China became the top export market for American beans because the soybean industry approached the market the right way. Taking a leaf from the book of their customers, who are famous for taking the long view, the American industry set up an office in Beijing in 1982, long before the economic boom that boosted the country's demand for animal protein and the soybeans to feed those animals.

How farsighted that was can't be overstated. During my first visit to China in 1984, Beijing's streets were still a mad tangle of bicycles, which almost everybody, including me, rode. Save for the very occasional taxi, cars were nonexistent. Most Chinese were still mired in poverty. Demand for animal protein was a fraction of what it is today. To see the potential for the market in 1982 was to take a very long view.

Thus did soybeans become America's most lucrative ag export and China the biggest market for those soybeans. Then along came the trade war, and suddenly our soybean farmers are fighting to save that market. They're imploring Washington to end the war.

But they're not just waiting for presidential promises of massive Chinese purchases to be realized, especially since the Chinese say they will only make those purchases as part of an overall trade agreement. Soybeans' representatives are drinking tea in offices in Beijing, maintaining their relationships with Chinese buyers.

The Journal says they're assuring them that "U.S. farmers bear them no ill will" and seeking to address the buyers' complaints, like stems in shipments of beans. In short, they're continuing to take the long view. They feel they have to. As the Arkansas farmer who chairs the Soybean Export Council put it to the Journal, "We must have this market."

But the Chinese, the Journal notes, are determined never to be so dependent on a single supplier again. They're buying from alternative sources, like Brazil. Most worrisome, they're developing soybean production in Russia.

Soybean growers of a certain age will hear in this an eerie echo of the 1970s, when a U.S. soybean export embargo triggered Japanese investment in soybean production in Brazil. That investment helped Brazil grow into a soybean powerhouse that today exports more than the U.S. The last thing American soybean producers want is for China to turn Russia into another Brazil.

It's disheartening to lose a market you've spent decades developing, and especially to lose it through no fault of your own. The U.S.-China trade war isn't about soybeans. Soybeans are just collateral casualties of the war.

But the market isn't totally lost yet. It's possible, though not necessarily probable, that the wider U.S.-China trade war could come to an end soon. Even if it drags on in some form for years, as some analysts are predicting, it's possible to imagine a partial settlement that ends China's 25% tariff on U.S. beans.

Whatever happens, China is going to be an enormous market for a long time. There will be other markets to chase, naturally, but India aside -- and India will be no easy nut to crack -- none of them offer the sheer size of China. It may take years, it may take decades, and, yes, there will be a lot of lost ground to recover, a lot of rivals dug into market shares Americans used to own.

But however long it takes, the soybean industry is right to keep at it. It's a good thing it has some practice taking the long view. 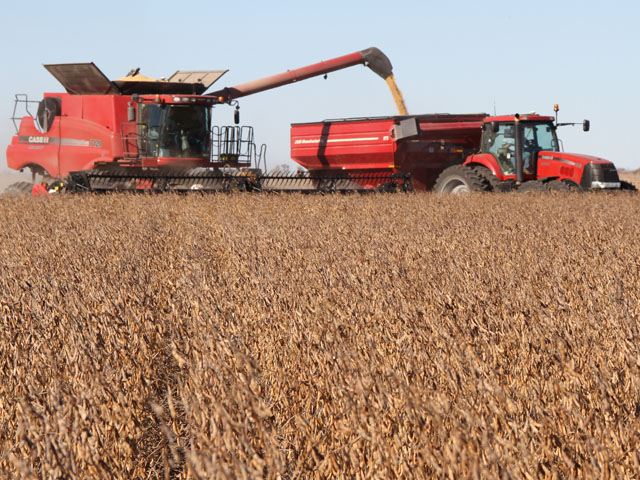