Tough times inspire tough questions, so I wasn't surprised by an email from a reader seeking "big picture thoughts" on a question that boiled down to, "Is there any future in farming?"

"I am an optimist or I would not be a farmer but I am also a realist," the reader wrote. Brazil and Argentina and seed technology are inexorably driving up crop production and driving down prices, he noted. Will corn and soybean farmers ever see decent prices again? Are the glory years behind us?

These are the kinds of questions an urbanite like me imagines farmers batting around at the coffee shop. I told the reader his thoughts on these coffee-shop questions were probably as good as mine, if not better. Perhaps, I mused, we would get more provocative ideas if we conducted a kind of virtual coffee shop, asking other readers to chime in.

Hence this blog post, in which I will summarize my views and then ask all of you to offer your thoughts, either in the comments box below or by emailing me. I have also tacked the reader's letter on to the end of the blog. I have not disclosed his name as he wishes to remain anonymous.

For my part, I share the reader's "realism." Corn and bean farming is a commodity business in which none of the sellers has market power. It's unusual in such a business for prices to remain high. Weather and other supply shocks can push them up temporarily, and a secular change in demand, like the magic combination of ethanol and China a decade or so ago, can raise them for longer periods. But in normal times, the market tends to push prices down.

Meanwhile, technology marches on. The net effect of the ever-increasing sophistication of machinery, seeds and chemicals is to enable fewer farmers to farm more acres with higher yields. Case in point: The reader's son farms 5,000 acres with one planter and one combine.

If prices remain low and technology keeps advancing and consolidation continues, can farmers thrive? Clearly some can and will. In my view, the ones who do will be those who are good business executives as well as good farmers. Savvy marketers. Tough-minded cost controllers. Skillful managers of people.

They'll be judicious risk takers who aren't afraid to seize opportunities but can tell the difference between those likely to succeed and those likely to fail. Some will survive by opting out of commodity farming in favor of growing products where farmers have more market power.

So, here's my bottom line. There was a time a few years ago when almost anyone could make money farming. That time is over. I see no sign of it coming back. Is there a future in farming? Definitely. But if the present is difficult, the future will be even more challenging. It may demand skills that some farmers will be unwilling or unable to master.

What do you think? The coffee shop is open. Please don't be bashful. Fire away.

Here, for reference, is the reader's letter:

Since 2013 the corn/sb farm sector, of which I am a member, has been at a break even or less financial position. Due to excellent yields during the past five growing seasons, we have been able to "bushel" our way thru but if not for that our situation would be bleak. As it is, I have been thinking of the long term prospects for the traditional upper Midwest grain farmer and wonder what your perception would be. For a little background: I started in 1974 at age 24 in southwest Iowa with 300 grain acres and 10 beef cows, grew to 2500 grain acres and 200 beef cows by 2003 at which my son, after graduating from college, came into the operation and we grew to 7,000 grain acres and cut back to 100 cows, I semi-retired out of the grain operation at age 65 and we cut back to 5,000 grain acres and 70 cows. Here are the main points that I have thought of since 1974:

Ag industry spokesmen and academics have preached and continue to preach that the world population is growing and we need to ramp up production to avoid catastrophe. Hasn't proven to be true. In fact, some studies show that the world's population will not reach what some estimate. It is true that there are segments that are in need currently and in the future but for economic and political reasons this will always be the case. I do not think that anyone foresaw the advent of genetically modified seed, equipment technology and the impact those two factors would have on consistent and increased yield. When I started in 1974, 100 bushel corn was our accepted goal and now it is 200 bushels. I would suggest that 300 bushel corn will be the norm during my son's career. It appears that genetics has softened the drouth risk.

If not for CRP acres and the domestic ethanol market, the US corn market would really be in an over production problem. I wonder what the future of electric cars and the improvement of the capabilities of batteries will do to corn consumption in the domestic market. I enjoy the rapid adaptation of technology in agriculture as much as anyone and have witnessed farming with a team of draft horses with my father in the early 50's and now my son plant 5,000 acres with one planter and autosteer and do it in a timely manner. I suspect that with a combination of robotics and drone technology that even more acres will be farmed by one person in the not so distant future.

I am an optimist or I would not be a farmer but I am also a realist. I am starting to think the glory years of 1995 (adaptation of RUP) to 2013 (combination of ramped up ethanol production and some areas of drouth) may have been a once in a lifetime experience. What are your thoughts in the "big picture"?

Previous Post (You Can't Win a Trade War Without Casualties)
Next Post (Will the U.S.-China Trade War Ever End?) 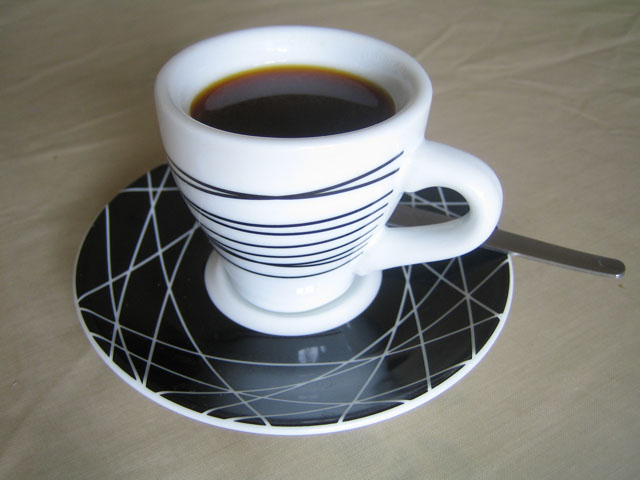