In 1863, three months after the bloody Battle of Gettysburg, President Abraham Lincoln proclaimed that the fourth Thursday of November would henceforth be an official national holiday, Thanksgiving Day.

With the Civil War raging, 1863 did not seem like a year to be thankful for. At Gettysburg alone, 3,100 Union soldiers and 3,900 Confederates had died. Yet Lincoln nonetheless introduced a recurring holiday for giving thanks for "the gracious gifts of the Most High God." (http://tiny.cc/…)

The year 1863, he said, had been "filled with the blessings of fruitful fields and healthful skies." Despite the war, "peace has been preserved with all nations, order has been maintained, the laws have been respected and obeyed, and harmony has prevailed everywhere except in the theatre of military conflict."

In so declaring, Lincoln was of course accentuating the positive, seeing the glass half-full. But he was doing something else, as well. His reasons for thankfulness emphasized what united Americans over what divided them -- our fundamental civil order, our heritage as a free people.

Other countries have Thanksgiving days, but our Thanksgiving is a uniquely American holiday, and its Americanness isn't just about turkey and football. It's about the spirit of Lincoln who, despite the South's secession, saw himself as the president of Northerners and Southerners alike, even as they slaughtered each other on the field of battle.

That spirit is worth keeping in mind this year, a century and a half later. An ugly election campaign has underscored the country's divisions in an ugly way. Those who voted for the loser can imagine no common ground with those who voted for the winner. Had the results been reversed, the other side would feel the same way.

Yet, on Thanksgiving Day 2016, it's worth remembering that deep divisions have riven Americans throughout our history. Despite those divisions, what holds us together as a people has always prevailed over that which tears us apart. Without minimizing the divisions of the moment, it seems safe to say Lincoln's spirit will ultimately win out again.

Protests there will be -- one of the things we share is the right to protest -- but in the end the outgoing administration will turn over the keys to the incoming administration. Those of us who are bitterly unhappy about the outcome and those of us who disdain that bitterness will continue to live side-by-side in relative peace, even as we continue to wrangle, sometimes strenuously, over the wisdom of the new government's policies. Nancy Pelosi put it perfectly the day after the election: "Peaceful transfer of power is the cornerstone of democracy."

As in 1863, many of the things we have to be thankful for are things we share -- democracy, peaceful handovers, rule of law, a tradition of freedom. Abraham Lincoln got it right.

And this year, as in 1863, we have "fruitful fields." Commodity prices, alas, are low, but big yields and bounteous harvests will thankfully help many farmers hang on, while city dwellers can be thankful for the abundant, affordable food our farmers provide.

And so I say, Happy Thanksgiving to DTN/Progressive farmer readers -- and, indeed, to all Americans. We have much to be thankful for after all. 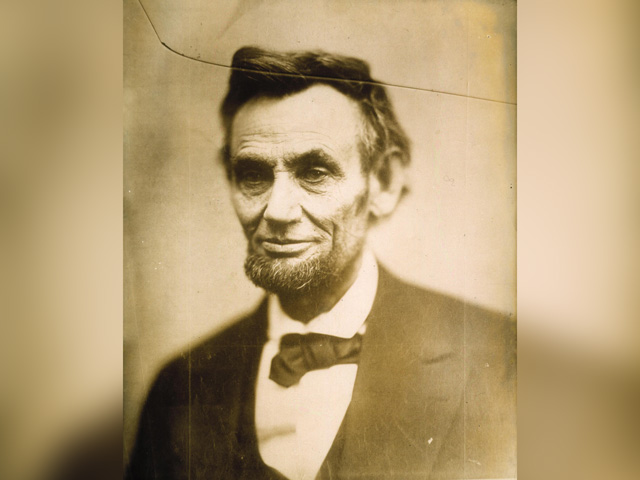