The week of Nov. 4-10 was wet and cold over the southern and eastern U.S. along with portions of the Midwest. As a result, fall harvest and field work were slowed down. This included soybean harvest -- where progress remains behind average in the Midwest, Northern Plains, and the far eastern Midwest.

Sunday, Nov. 4, brought record-setting rainfall to the central and northern Midwest, including 1.77 inches in La Crosse, Wisconsin, and 1.17 inches in Moline, Illinois. It was the wettest November day in La Crosse since Nov. 1, 1991, when 2.80 inches fell. The effects of this heavy rain lasted throughout much of the week. Farther west, the western Midwest had improved harvest weather; however, soybean harvest progress is running 10 days behind average in Minnesota and four days behind in Iowa. And, the last half of the week brought snow. USDA's weekly crop and weather bulletin notes that record-setting snowfall totals for Thursday, Nov. 8, included 3.6 inches in Grand Island, Nebraska; 2.3 inches in Concordia, Kansas; and 1.5 inches in Columbia, Missouri. It was Grand Island's greatest one-day November snowfall since Nov. 28, 2004, when 5.3 inches fell.

By Friday, Nov. 9, snow moved into the Midwest, where daily-record amounts in Illinois totaled 1.8 inches in Rockford and 1.6 inches in Lincoln and Springfield. The last time Rockford received at least an inch of snow on a November day was Nov. 3, 1992, when 1.6 inches fell. Downwind of the Great Lakes, Grand Rapids, Michigan, netted a daily-record snowfall (3.8 inches) on Saturday, Nov. 10.

The week also ended with bitter-cold temperatures. Consecutive daily-record lows were recorded in Kansas City, Missouri, Nov. 9 and 10 of 13 and 9 degrees Fahrenheit; and Topeka, Kansas, with 16 and 12 degrees F. On Friday, Nov. 9, daily-record lows dipped to -1 F in Chadron, Nebraska, and 0 degrees F in Aberdeen, South Dakota.

The impact of the rain and snow, with overall less-favorable harvest conditions in the eastern Midwest, has led to concern over quality and yields of the crop remaining in the field. Progress is staggered for corn, with well-behind-average rates in the Northern Plains and Nebraska; behind average elsewhere in the western Midwest; and average to a little ahead of average in the eastern Midwest.

During the next week to 10 days, the weather pattern is expected to be rather favorable for harvest, with mostly below-normal precipitation expected in the Plains and Midwest. Temperatures are expected to warm to near to above-normal levels in the Plains during the 10-day period, and variable in the Midwest.

In the Southern Plains, soil moisture is adequate to surplus for winter wheat. However, the recent cold wave has slowed crop development, and has forced producers to end planting efforts for the 2018-19 crop. The forecast is for dry and milder conditions to develop, which may offer some planting opportunities; however, the prospect for late seeding to turn out successfully is questionable.

In South America, very favorable weather for developing soybeans continues in central Brazil, with near-daily episodes of showers and thunderstorms. Recent drier weather in southern Brazil is more favorable for planting. Additional showers and thunderstorms during the next week will favor crop development. There has also been some beneficial rain in the far northeast growing areas during the past five days.

Argentina, meanwhile, saw very heavy rain in central crop areas over the last week. Rainfall totals were noted of almost 10 inches in the state of Buenos Aires. These heavy rains have disrupted and delayed corn and soybean planting, and may force some replanting. The rains have also reportedly cause damage to ripe wheat. The pattern does turn drier over Argentina in the next week, and offers some improvement in planting and harvest conditions.

We will have an update on the eastern Pacific Ocean equatorial sea surface temperature departure for the first half of November early next week. 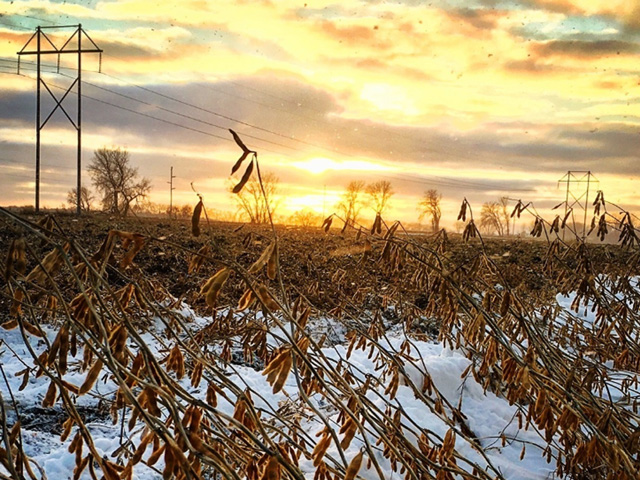