Crop condition and progress remains on track for big totals this year. Despite last week's heavy rain and fieldwork disruption in the Upper Midwest, corn and soybean harvest nationwide remained ahead of the average pace, according to the weekly USDA Crop Progress report.

The overall weather pattern during the next six to 10 days will feature a trough in the western U.S. and a ridge over the eastern U.S. and the western Atlantic Ocean. Disturbances will move out of the trough in the west, and move up and over the ridge in the east. It appears that the ridge will extend far enough to the west to limit rainfall in the Midwest. No significant cold weather is expected, due to the prevailing southerly flow aloft. This pattern should generally favor maturing and harvesting corn and soybeans, along with allowing for continued harvest progress.

Topsoil moisture supplies for planting and developing winter wheat in the Southern Plains looks good with the exception of the Texas Panhandle. This, combined with warm weather, will favor pre-winter establishment. 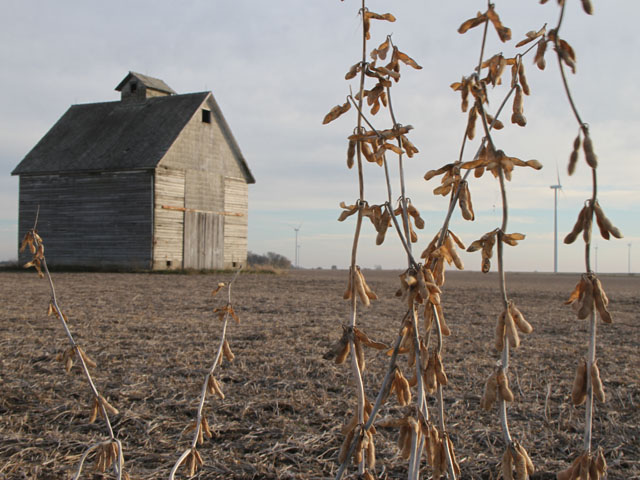