Following are comments by Oklahoma State Extension livestock economist Derrell Peel about the concerns for pasture and feed supplies, and the impact on the Southern Plains cattle industry, because of historic dryness this early spring season.

"Recent rains eliminated or greatly reduced drought in the eastern half of Oklahoma but conditions in the western half of the state continue to worsen. Nine counties of northwestern Oklahoma and the panhandle have gone 155 days or more with less than 0.25 inches of rain. According to the Oklahoma Mesonet, the last 120 days in the Oklahoma Panhandle have seen a total of 0.12 inches of rain, just 4% of normal, making it the driest for the data period back to 1921. Northwest Oklahoma is the epicenter of drought with D4 (exceptional) drought conditions emerging in Alfalfa, Harper, Woods and northern Woodward counties in the latest Drought Monitor. That area stands to grow rapidly without immediate moisture. The larger extreme drought (D3) region also includes the remainder of western Oklahoma; the Texas Panhandle; southcentral and southwestern Kansas; and westward across northern New Mexico to the Four Corners Region.

"Most of the drought area is a relatively high-altitude, semi-arid region dominated by warm-season native and introduced forages. Major forage growth in the region is a month or more away with plenty of time for rain and normal spring growth. However, planning now for the prospect of delayed or reduced forage production is important. An early onset drought is particularly challenging for several reasons.

"Feed management is usually the initial focus of developing drought. It is critical to evaluate standing forage and hay supplies now in order to plan for how best to utilize and stretch those resources as needed. Alternative feed needs should be carefully evaluated. Buying additional hay is often the first thought, but trying to fully supplement cows with hay may be more expensive than needed. Supplemental energy and protein feeds may be an economical way to stretch limited forage supplies. Spring calving cows with newborn calves are facing the highest nutritional needs of the year. It is critical to pay attention to those needs and make sure adverse nutritional conditions doesn't translate into delayed or reduced reproductive performance that simply pushes the costs of drought off until next year.

"Animal inventory management may be required if drought conditions persist. Spring calving herds typically do not have many cull animals at this time of the year. Fall calving herds could certainly think about early weaning calves to reduce cow nutritional requirements; followed as needed by early culling of cows. For spring calving herds, looking ahead to early weaning may be the next best opportunity to reduce overall nutritional needs but that is two to four months away. The feasibility of holding and supplementing lactating cows until calves can be weaned should be carefully evaluated. Another possibility is selling some older cows with suckling calves as pairs to pare down feed requirements. Relocating cows out of the drought area but maintaining ownership may be an alternative as well. In all cases, the goal is to preserve the core breeding herd as much as possible while minimizing the long-term financial and production impacts.

"I have been getting questions about the potential market impacts of the drought. Obviously, the drought area and severity are very dynamic conditions and may change considerably. I don't believe that significant cattle liquidations are imminent at this point. Moreover, the recent improvement in drought conditions to the east significantly reduces the number of cattle potentially impacted in the remaining drought area. The western drought region has considerably lower stocking rates due to the semi-arid climate and thus fewer cattle stand to be impacted. While a huge challenge for affected operations, the potential for general market impacts is reduced should cattle liquidation eventually happen. Local market impacts however, could be much more severe. It's not a crisis yet but thinking ahead is important. Hoping for the best while planning for the worst is a great strategy in this situation." 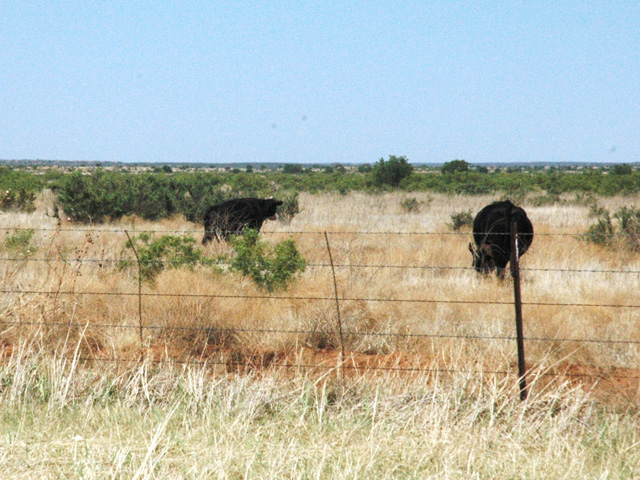