Hot and dry conditions have become established over central Argentina stressing corn and soybeans, especially those that are filling. This situation is forecast to continue through Thursday.

The upcoming weekend, Feb. 9-11, offers episodes of scattered showers and thunderstorms, with the rainfall ending on Sunday. Some moderate to heavy amounts are possible. The rain will be accompanied by cooler weather. The rain, along with a break in the heat, offers the potential to ease crop stress.

Our latest calculation of the sea surface temperature departure in the eastern Pacific Ocean for the latter half of January is less cold than during the first half of January. This trend may be a sign of a weakening La Nina in the Pacific, and may possibly be tied to the prospect for an easing of the hot and dry pattern later this week.

In Brazil, the weather pattern in Brazil is generally favorable for crops. A turn to warmer and drier conditions in southern Brazil is leading to some drying of soils, but the drier trend is not enough at this point to allow for any significant crop stress.

We do expect to see scattered showers and thunderstorms and lower temperatures early next week, maintaining favorable crop conditions. The weather pattern in central Brazil has been rather wet during the past week. This is unfavorable for maturing and harvesting soybeans, but does maintain favorable soil moisture for second-crop corn planting (safrinha). We do expect to see near daily episodes of showers and thunderstorms during the next seven days. However, no excessive rainfall is indicated at this time. 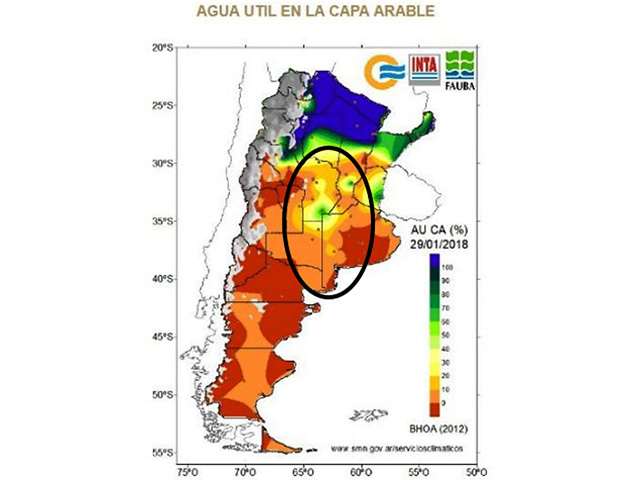