Corn harvest progress continues to improve in the western Midwest.

The latest corn harvest progress numbers out of the western Midwest continue to improve. With five to six days suitable for fieldwork and cold weather, producers were able to harvest 19% of their corn acreage last week in Minnesota, while corn harvest progress in Iowa is now only a week behind last year and normal. There may be enough open weather in the western Midwest during the next seven days to allow many producers to finish up.

The situation is not as favorable in the eastern Midwest. Illinois corn harvest progress is typical for this point in the season, but Indiana and Ohio are struggling with only three to four days suitable for fieldwork due to some significant rainfall. These two states now have some of the slowest corn harvest progress in the Midwest, with Ohio at 79% complete and Indiana at 80%. The outlook through Friday looks to be on the wet side. The six- to 10-day forecast looks drier and colder.

North Dakota continues to have harvest difficulties with some snow and cold weather last week causing some delays. A mostly dry pattern with milder weather during the next week should be more favorable.

Looking to South America, the weather pattern in central Brazil continues to feature more normal conditions, allowing for a rapid increase in soybean planting and favorable moisture for development. Producers will try to plant as quickly as possible as the concern is that a later crop due to the hot and dry trend in October slowing soybean planting may lead to reduced second-crop (safrinha) corn acreage this year. The weather in southern Brazil has been wet, which has slowed planting. Another round of moderate to heavy showers and thunderstorms is expected later in the week.

The weather patterns have been quite favorable for planting and developing corn and soybeans in central Argentina. The overall pattern looks drier during the next seven-to-10 days. We will be watching for any signs of a La Nina-influenced drought developing during this growing season. 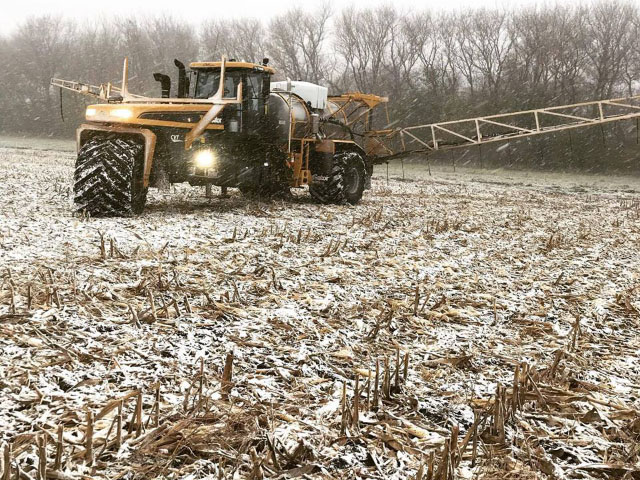