Despite the dry weather in Iowa in July and early August, the lack of hot weather may limit crop stress as normally you need a combination of dryness and heat to produce significant crop losses.

It is rather unusual to combine cooler-than-normal with drier-than-normal conditions in the Midwest for a prolonged time during the summer. However, that has certainly been the case this year. Corn development is running behind normal, making it more vulnerable to an early freeze if one were to occur during September. Early freezes require ideal delivery of a cold air mass from Canada into the Northern Plains and Upper Midwest that allows clear skies and calm winds.

Some improvement in soil moisture in the Northern Plains during the past week favored filling corn and soybeans. The lack of hot weather also limits stress. No significant hot weather is expected during the next seven to 10 days with mostly below-normal rainfall. Some crop losses can be expected to corn and soybeans. However, the crop that has been most affected by a combination of hot/dry weather earlier in the summer is spring wheat which is currently being harvested. Like the Midwest, corn development is running behind normal, making it vulnerable to an early freeze if one does occur. 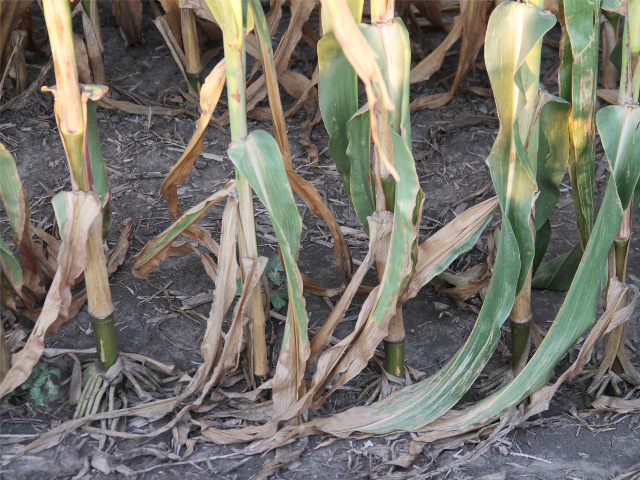