Forecast weather models present a more promising scenario for rain across the U.S. Midwest for the middle of June than was indicated at the end of last week. Rainfall of from .5-1.5 inches, with locally heavier amounts, is now featured through the next seven days. (Totals noted are through Monday, June 19 from DTN's proprietary forecast model.)

In the Northern Plains, where moderate drought is widespread, rainfall of .50-1.0 inch is indicated. Some rains of more than an inch already occurred over the June 10-11 weekend.

The general effect of the rain is assessed as being favorable for crops. Midwest areas have dryness in the topsoil layers, but adequate to surplus subsoil moisture. Northern Plains crops would see at least some benefit from the showers as well.

"Beneficial rains and cooler temperatures are forecast for stressed crops in the Northern Plains on Tuesday," said DTN Senior Ag Meteorologist Mike Palmerino Monday afternoon. "Episodes of scattered showers and thunderstorms along with cooler temperatures in the Midwest during the next seven days will favor developing corn and soybeans."

In terms of which row crop would benefit the most from rainfall, DTN Crops/Technology Editor Pam Smith votes for corn. "I think there's a lot more concern about irregular corn stands and rolled corn," Smith said. "Beans kind of compensate and make up for tough conditions." 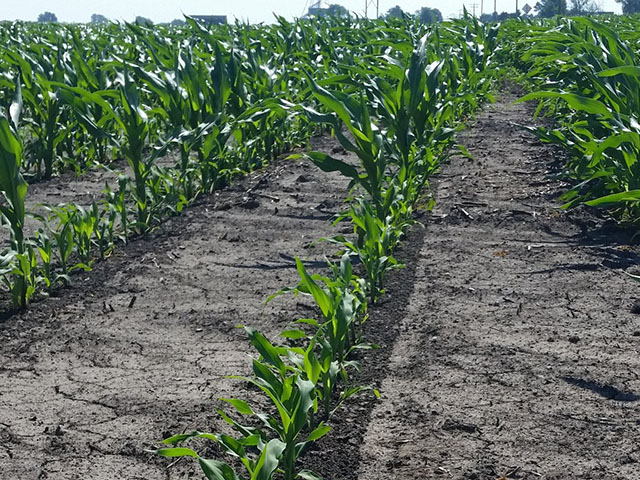