We are set for another beginning of the summer season with concerns of wet conditions negatively affecting crops.

As we finish off the month of May, the main issue in the Midwest is wetness. This is of greatest concern in the eastern Midwest, where frequent rains have left many fields with standing water, making it difficult for farmers to do any field work. Both corn and soybeans were reported to have emergence issues in some areas because of excessive rains and crusty top soils. Farmers continued to replant where necessary and when possible.

In the western Midwest, Minnesota is reporting that crops need more sunshine and warmth. Good-to-excellent crop ratings for corn in Minnesota were down 14 points from a week ago. Iowa is reporting some yellowing of corn from a lack of sunshine and nutrients being leached out of the soil. Surprisingly, planting numbers do not look that bad. Corn planting in the West is essentially done with soybean planting at or ahead of normal. In the East, corn planting is nearing completion in Illinois with still about 20% of the crop to be planted in Indiana and Ohio. Soybean planting is running well behind normal in Indiana and Ohio with nearly 50% of the crop yet to be planted.

The outlook for the Midwest calls for little change in the pattern during the next seven to 10 days, with variable temperatures and near to above normal rainfall. Much of the southern Plains winter wheat belt continues to suffer from too much rain. Oklahoma is reporting that this will be the third-consecutive drought-free beginning to the summer season. This is especially having an impact in Texas, Oklahoma and Kansas where the crop is filling to maturing with some early harvesting. Crop ratings are down as a result of increasing disease pressure which will lead to a poorer quality crop. Little change in the pattern is expected during the next seven to 10 days.

Meanwhile, soils are actually drying out in the northern Plains as much of the rain has remained to the south of the region. Some areas could use more rain and warmer temperatures for emergence and development of corn and soybeans. Corn planting is nearly done and soybean planting is ahead of normal. Variable temperatures and near to below normal rainfall are expected during the next seven to 10 days. 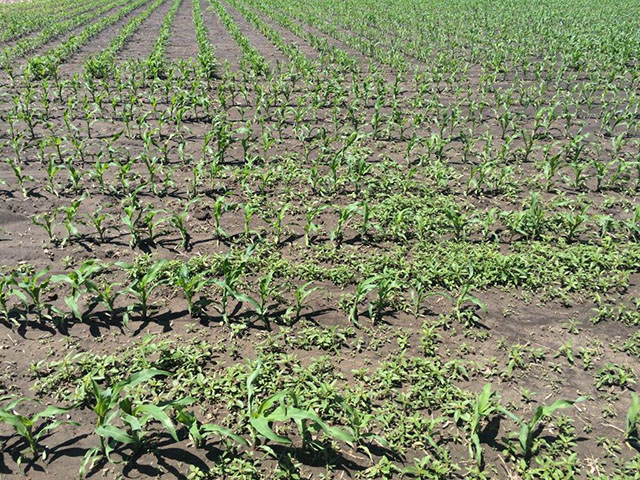