The following rundown of NOAA's 2017 hurricane forecast discussion has details on an above-average season of hurricane activity expected. That has the potential for damage to crops along the Atlantic and Gulf coasts, and poses the threat of flooding rains in the Delta and Midwest if conditions are right.

"As a Florida resident, I am particularly proud of the important work NOAA does in weather forecasting and hurricane prediction," said U.S. Secretary of Commerce Wilbur Ross. "These forecasts are important for both public safety and business planning, and are a crucial function of the federal government."

These numbers include Tropical Storm Arlene, a rare pre-season storm that formed over the eastern Atlantic in April.

"The outlook reflects our expectation of a weak or non-existent El Nino, near- or above-average sea-surface temperatures across the tropical Atlantic Ocean and Caribbean Sea, and average or weaker-than-average vertical wind shear in that same region," said Gerry Bell, Ph.D., lead seasonal hurricane forecaster with NOAA's Climate Prediction Center.

Strong El Ninos and wind shear typically suppress development of Atlantic hurricanes, so the prediction for weak conditions points to more hurricane activity this year. Also, warmer sea surface temperatures tend to fuel hurricanes as they move across the ocean. However, the climate models are showing considerable uncertainty, which is reflected in the comparable probabilities for an above-normal and near-normal season.

"NOAA's broad range of expertise and resources support the nation with strong science and service before, during and after each storm to protect lives and property and enhance the national economy as we continue building a Weather-Ready Nation," said Ben Friedman, acting NOAA administrator. "From our expert modelers to our dedicated forecasters and brave crews of our hurricane hunters, we'll be here to warn the nation every step of the way this hurricane season."

Even before its final positioning, the sophisticated camera on NOAA's new GOES-16 satellite will give our hurricane forecasters a sneak peek at its greater image resolution, sharp detail and rapid-refresh rate. One of the powerful instruments aboard GOES-16, the lightning mapper, will allow forecasters to see lightning strikes that build within tropical cyclones -- a possible signal of strengthening.

The combination of two high-resolution hurricane models will improve forecast guidance for the National Hurricane Center this season. The upgraded Hurricane Weather Research Forecast model adds better representation of storms at higher vertical resolution, and has advanced data assimilation and improved physics. With these upgrades, the model can improve intensity forecasts by as much as 10% and track forecasts by as much as 7%. NOAA's Environmental Modeling Center also is replacing the Geophysical Fluid Dynamics Laboratory Hurricane Model with a new hurricane model called HMON, for Hurricanes in a Multi-Scale Ocean-Coupled Non-Hydrostatic, which has superior track and intensity forecast skill.

NOAA's National Hurricane Center is providing a suite of new forecast and communication tools this season. Forecasters there will issue Storm Surge Watches and Warnings operationally this year, in addition to issuing advisories, watches and warnings for disturbances that aren't yet a tropical cyclone but still threaten land with tropical storm or hurricane conditions within 48 hours. The center added a new experimental visualization tool so the public can easily see when damaging winds are forecast to reach their community. Also, beginning this year, the public will be able to click on the hurricane track cone graphic and see how far outside of the cone hurricane and tropical-storm-force winds extend, which can be hundreds of miles.

The 2016 season was the most active since 2012, with 15 named storms, including seven hurricanes and four major hurricanes.

NOAA will update this outlook in early August, just prior to the peak of the season.

NOAA also issued seasonal hurricane outlooks for the eastern Pacific and central Pacific hurricane basins. An 80% chance of a near- or above-normal season is predicted for each region. The eastern Pacific outlook also calls for a 70% probability of 14 to 20 named storms, of which six to 11 are expected to become hurricanes, including three to seven major hurricanes. The central Pacific outlook calls for a 70% probability of five to eight tropical cyclones, which includes tropical depressions, tropical storms and hurricanes. 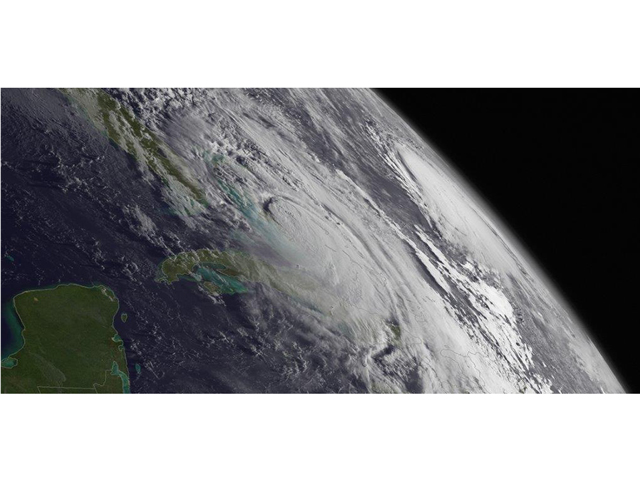