Lofty crop ratings are the rule again this week. Corn, at 76% good to excellent, is unchanged for the second straight week and is just above the rating of the most recent record-yield season of 2014. Most of the Eastern Corn Belt and just over half of the Western Corn Belt saw the corn ratings improve.

Soybeans also are at high levels for condition, at 72% good to excellent, one percentage point higher than a week ago. This rating is essentially equal to 2014. There was sharp improvement in Louisiana and Mississippi following a round of milder temperatures along with rain.

Conditions remain generally favorable for crops as we look to the next week. Forecast rainfall the next seven days has "ring of fire" rain over the northern and central Plains -- much of the Midwest -- and into the Southeast. There's a fair amount of activity indicated for the Canadian Prairies as well. Temperatures generally stay very mild for the season -- certainly during the day. This is generally stress-free for crops early in August. The only above-normal temperature areas are in the far Southern Plains and the eastern Great Lakes through eastern Canada.

Then, during next week, the U.S. forecast model shows a hot upper level high to center over the southeastern U.S. The flow around that high actually serves to keep Gulf of Mexico moisture moving into the Midwest -- which leads to additional chances for rain and keeps temperatures mild for the season. Row crops benefit notably. However -- spring wheat harvest in the Northern Plains and the Canadian Prairies will see some disruptions due to shower activity. 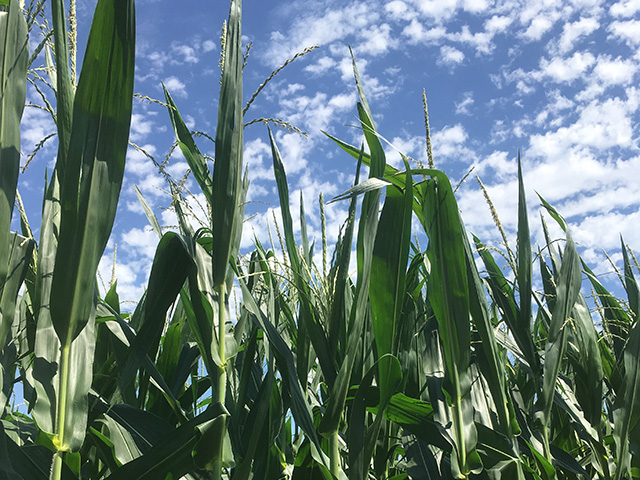 RSimpkins1489533924
8/4/2016 | 2:33 PM CDT
Northern Indiana, most all of Ohio and lower Michigan are very dry. With temps in the 90s this week and in the 100s next with no rain in forecast. Corn is burning up knee high in some fields. Read View From The Cab yesterday, farmer in Iowa said your in trouble if your tile quit running. If that's the case ours haven't ran since May.