OMAHA (DTN) -- Eyes on Wednesday turned mainly to western states where most of the outstanding House races remain to be called.

In the House, Associated Press had yet to call 52 races as of Wednesday afternoon. Republicans had won 206 House seats and Democrats had 182. It takes 218 seats to win the majority.

The Senate seems like a replay of 2020. Each party has 48 seats with undecided races in Alaska, Arizona, Georgia and Nevada. The fate of the Senate will likely come down to the Dec. 6 Georgia runoff between incumbent Raphael Warnock, a Democrat and member of the Senate Agriculture Committee, in his race against Republican Herschel Walker.

At least three Democratic incumbents on the House Agriculture Committee had elections called against them on Wednesday: om O'Halleran of Arizona, Cindy Axne of Iowa, and Sean Maloney of New York.

Republican Rep. Mayra Flores, who had won a special election last summer in the Texas 34th District, also lost her bid for a full term in a district on the southeastern tip of Texas.

ARIZONA: Rep. Tom O'Halleran, a three-term incumbent, lost to GOP candidate Eli Crane by about 19,000 votes in the Arizona 2nd District. Crane is a former Navy Seal and small business owner whose company had been promoted on the TV show "Shark Tank."

NEW YORK: Rep. Sean Patrick Maloney, in office since 2013, conceded his race Wednesday against GOP candidate Michael Lawler, a state assembly member and former executive director of the New York GOP. Maloney lost even though he chaired the Democrats campaign committee in the House.

CALIFORNIA: Two-term Rep. Josh Harder in the 9th District is leading GOP candidate Tom Patti, a county supervisor in San Joaquin County, which makes up most of the district. Harder leads by about 10,000 votes.

CONNECTICUT: Rep. Jahana Hayes, elected in 2018, is leading in her 5th District seat by about 1,800 votes over GOP candidate George Logan. Hayes chairs the Ag Subcommittee on Nutrition, Oversight and Department Operations.

GEORGIA: As expected, Rep. David Scott, a Democrat and chairman of the House Agriculture Committee, won an 11th term in office. Scott carried 82% of the vote in his district.

MINNESOTA: Rep. Angie Craig, who has been on the committee for four years, won over Republican Tyler Kistner 51% to 46% in the Minnesota 2nd District race.

VIRGINIA: Rep. Abigail Spanberger, who chairs the Conservation and Forestry Subcommittee, held onto her 7th District for a third term. Spanberger co-sponsored the Growing Climate Solutions Act in the House. The Senate has passed the bill, so this will be a piece of legislation to watch in the lame-duck session.

WASHINGTON: Rep. Kim Schrier -- another a member of the 2019 class -- is leading her race in the state's 8th District as of Wednesday afternoon. GOP candidate Matt Larkin is a lawyer, former state attorney general candidate and co-owner of a pipe-product company. Schrier was up 53% to 47% with a lead of more than 12,000 votes.

MINNESOTA: Rep. Brad Finstad, a Republican and member of the House Agriculture Committee, has won a full two-year term. Finstad won an August special election to fill the seat after the death of Rep. Jim Hagedorn, R-Minn., beating former Hormel Foods CEO Jeff Ettinger, who ran as a Democrat, by 4%.

NEBRASKA: Rep. Don Bacon won a fourth term in the 2nd District against Democratic state Sen. Tony Vargas by about 9,000 votes, a 52% to 48% margin.

PENNSYLVANIA: Rep. Glenn "GT" Thompson won the 15th District with 70% of the vote. Thompson is in line to become committee chairman in January.

GEORGIA: All eyes are on Warnock who will now go to a runoff with Walker. This election set for Dec. 6 will now decide which party wins the U.S. Senate. 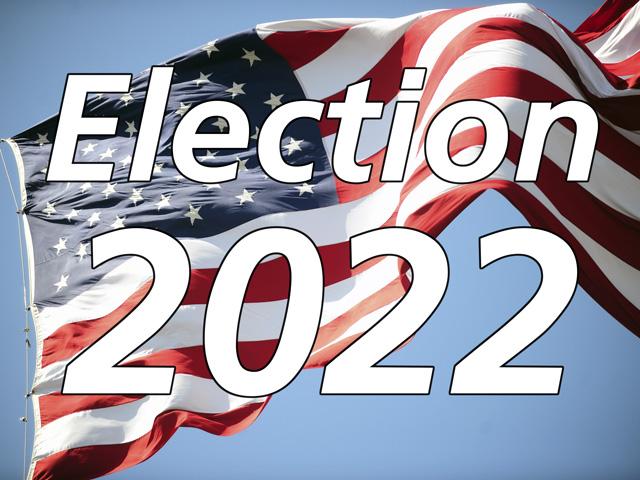