Agriculture Secretary Tom Vilsack said Monday he is "more concerned" about what happens to this year's grain crop in Ukraine than he is about whether the remainder of last year's crop gets shipped out of the country.

In a call to reporters from Poland following a meeting of G7 ministers in Stuttgart, Germany, Vilsack noted that 80% of last year's Ukrainian crop had already been shipped before Russia began blocking the Black Sea ports, and said that while the remaining grain needs to be moved out of the country, the bigger problem will arise if there is not adequate storage space or shipping opportunities for this year's crop.

Last week, the White House raised concerns that about 20 million metric tons of Ukraine's harvested crops were stuck in the country and unable to get to export markets.

While there have been concerns about whether Ukrainian farmers can plant and harvest their crops, Vilsack said officials anticipate that the Ukrainian crop will be 50% to 60% of normal.

Vilsack noted that the European Union has launched an effort to get the grain out of Ukraine, but he added that it is particularly difficult because Ukrainian railroad tracks are different from those of neighboring countries and grain has to be unloaded and reloaded for it to move.

Everyone engaged is committed to moving as much grain as possible, Vilsack said.

"Whether they get it out is anybody's guess, but there is going to be a heck of an effort to get it out," he added.

The German Federal Ministry of Food and Agriculture issued a communique from the G7 agriculture ministers after their meeting in Stuttgart. (See link below.) Vilsack noted that it included condemnations of the Russian invasion, of Russia's use of hunger as a weapon, and of Russia's theft of grain.

He said that in a four-way conversation with agriculture commissioners from Poland, Ukraine and the European Union, concerns were expressed that Russia may use the stolen grain to "ingratiate itself" with food insecure countries.

The four ministers, he said, want to "raise awareness" of the possibility that Russia will offer needy countries the grain so that there will be skepticism about the theft and this possible practice.

Vilsack noted that the communique stressed the importance of "frictionless trade."

He noted that India's decision to ban wheat exports on Friday, reported in The New York Times, has already caused wheat prices to spike. The story noted that the move added to concerns about global food security amid the difficulties of exporting grain from Ukraine due to the Russian invasion.

To discourage speculation, Vilsack said it will be important for countries to report production to the United Nations Food and Agriculture Organization.

All the ministers, he said, are concerned about the availability of fertilizer, and said he hopes the $500 million Biden administration program to encourage the development of fertilizer companies makes the United States "more self-sufficient."

Ukraine has asked the G7 group of wealthier countries for equipment related to shipping, including weighing devices, and Vilsack said USDA will look into its own resources and ask universities and the private sector about the availability of equipment they may be replacing.

There was also discussion about increasing production in countries to make up for the loss of Ukrainian crops on world markets. He noted that the European Union is adding flexibility to its Farm to Fork program, which has been expected to reduce production.

Vilsack said he told officials from other countries about the U.S. plans to increase production through land that is not being renewed in the Conservation Reserve Program and double cropping. He noted that farmers are not usually allowed to work in retiring CRP fields until October 1, but that this year farmers will be allowed in those fields earlier to prepare them for production next year.

Vilsack said he also had bilateral discussions with other agriculture ministers about U.S. concerns.

With EU officials, he discussed minimum residue levels for fruits and vegetables to get them into the EU market and shipping disruptions due to the inconsistent application of health certificates, Vilsack said. He also urged Germany to join the U.S.-led AIM for Climate group and the sustainability growth coalition.

With Polish officials, Vilsack said he discussed apples and pears and the Polish concern about African swine fever and the vaccine the United States is hoping to develop.

Vilsack ended the call with reporters by noting that Poland "has done an amazing job in terms of accepting refugees," and said the highlight of the trip had been to visit a Polish farm where the farmer expressed the same desire as American farmers to pass the land along to the next generation. 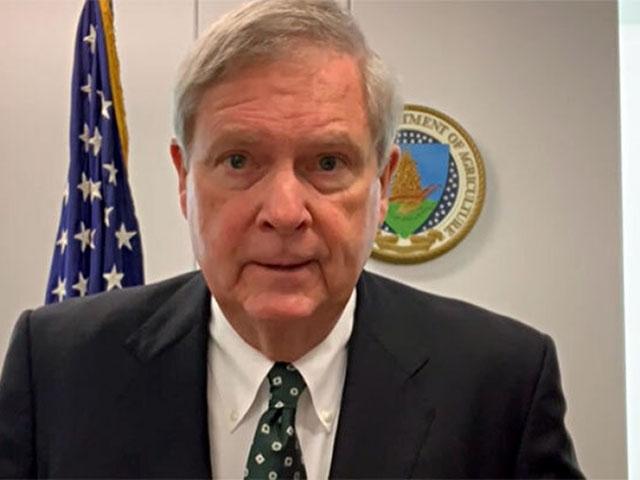