With inflation of heightened concern, the American Farm Bureau Federation early Thursday released its annual survey on the cost of a Thanksgiving meal, while Agriculture Secretary Tom Vilsack released the Agriculture Department's estimates of the costs of some foods, and a group of Senate Republicans said rising food and gasoline costs are signs of Democrats' failures to run the government.

Farm Bureau pegs Thanksgiving costs increasing 14% from a year ago while USDA estimates the increase at 5%.

"The centerpiece on most Thanksgiving tables -- the turkey -- costs more than last year, at $23.99 for a 16-pound bird," Farm Bureau said.

"That's roughly $1.50 per pound, up 24% from last year, but there are several mitigating factors," Farm Bureau said. The nation's largest far, group added that if consumers purchased a turkey later, the cost would be lower and that excluding turkey, the price increase was only 6.6%.

Although the survey timeline is consistent with past AFBF Thanksgiving surveys, 2021 brought some unique differences.

"This means consumers who have not yet purchased a turkey should be able to find one at a lower cost than the Farm Bureau average," the group said.

Still, grocery ads in Iowa on Thursday promoted turkeys as low as 49 cents a pound, but generally averaging 88 cents to 99 cents a pound.

"Several factors contributed to the increase in average cost of this year's Thanksgiving dinner," said AFBF Senior Economist Veronica Nigh. "These include dramatic disruptions to the U.S. economy and supply chains over the last 20 months; inflationary pressure throughout the economy; difficulty in predicting demand during the COVID-19 pandemic and high global demand for food, particularly meat," she explained.

Further, "The trend of consumers cooking and eating at home more often due to the pandemic led to increased supermarket demand and higher retail food prices in 2020 and 2021, compared to pre-pandemic prices in 2019."

The shopping list for Farm Bureau's informal survey includes turkey, stuffing, sweet potatoes, rolls with butter, peas, cranberries, a veggie tray, pumpkin pie with whipped cream, and coffee and milk, all in quantities sufficient to serve a family of 10 with plenty for leftovers.

"Taking turkey out of the basket of foods reveals a 6.6% price increase compared to last year, which tracks closely with the Consumer Price Index for food and general inflation across the economy," said Nigh.

In recognition of changes in Thanksgiving dinner traditions, the Farm Bureau price survey also includes ham, Russet potatoes and frozen green beans, in an expanded holiday menu. Adding these foods to the classic Thanksgiving menu increased the overall cost by $15.41, to $68.72. This updated basket of foods also increased in price (up 14%) compared to 2020.

Vilsack also released a shorter list of Thanksgiving staples from the Agricultural Market News Retail Reports for the week ending November 12 and a statement acknowledging some increases and defending the Biden administration's performance.

"Overall, this represents a 5% increase over last year for these selected items combined," Vilsack said.

"This holiday season we have so many things to be thankful for, chief among them our farmers and producers who are putting the food on our plates and the ability to spend time with loved ones, which we could not do last year. We know that even small price increases can make a difference for family budgets, and we are taking every step we can to mitigate that.

"The good news is that the top turkey producers in the country are confident that everyone who wants a bird for their Thanksgiving dinner will be able to get one, and a large one will only cost $1 dollar more than last year," Vilsack said.

"That's why the president has been so focused on creating millions of jobs, getting wages up, and getting tax cuts to working families. But let's not forget the headlines and reality of Thanksgiving last year: 26 million people didn't have enough food to eat while others were concerned about losing their homes."

Meanwhile, Sen. John Boozman, R-Ark., the ranking member on the Senate Agriculture Committee, gathered a group of Republican senators on Wednesday to blame the Biden administration for the increased costs of food and gasoline and to urge Democrats to stop trying to pass the Build Back Better Act on the grounds that it will lead to higher inflation.

At the news conference, Boozman pointed out that the media and economists, not Republicans, have been pointing out the inflation in food costs. He urged the media to continue to look into the causes of inflation, but he and the other Republican senators said the primary cause was the Democrats' passage of spending bills and the lack of action on solving the supply chain issues.

Inflation is the highest it has been "since the Carter administration," Boozman said.

The senators threw out a variety of numbers on increased food costs that varied from the Farm Bureau and USDA figures, but also noted that gasoline prices are at a seven-year high and home heating costs are estimated to go up.

"The best thing we can do is stop this reckless tax and spending spree," Boozman said.

Sen. Cindy Lummis, R-Wyo., also said people 18 to 21 should be able to get commercial drivers' licenses "to make sure that Christmas will not be stolen from kids because their toys are still in ports, not in stores."

The recently passed Infrastructure Investment and Jobs Act contains a provision that would allow people 18 to 21 to participate in trucking apprenticeships, but Transportation Secretary Pete Buttigieg has said allowing younger people to drive trucks must not interfere with public safety.

Lummis also blamed the high cost of gasoline on the Biden administration's refusal to approve the Keystone pipeline.

Sen. Jerry Moran, R-Kan., noted that he chairs the Senate Hunger Caucus and that requests for food at food banks are rising while farmers are pointing out the increase in the cost of fertilizer and gasoline.

Moran acknowledged that commodity prices have risen. "That should be good news for farmers," Moran said, but the increasing costs of production are higher. 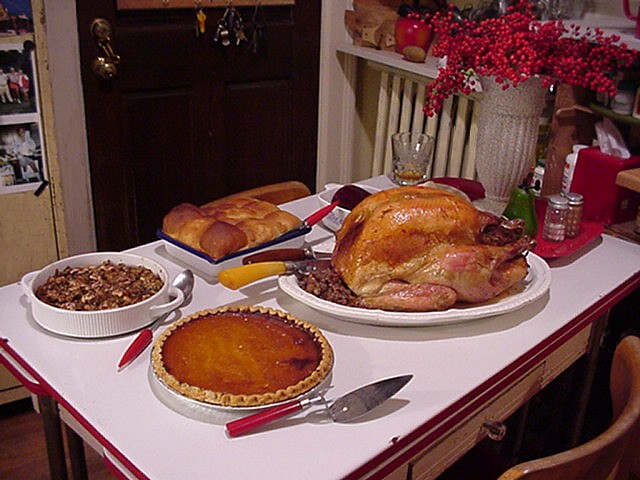