"Snyder will lead outreach and engagement efforts with the agricultural community for EPA, working to advance the Biden-Harris environmental agenda for farmers and rural communities," EPA said.

Since March 2014, Snyder has served as president of Field to Market: The Alliance for Sustainable Agriculture, which EPA described as "the largest multi-stakeholder initiative working to advance the sustainability of commodity crop farming in the United States."

EPA added, "In that role, he forged science-based consensus among stakeholders across the food and agriculture value chain on issues such as climate change, water quality, biodiversity, and pest management."

"Rod brings a wealth of experience and knowledge about how environmental issues intersect with agricultural stakeholders and rural communities," Regan said in the announcement.

"It's going to take all of us working together to tackle the climate crisis, advance environmental justice and build a sustainable future, and Rod is well-suited to bring our partners into the agency's work and ensure agricultural stakeholders have a seat at the table."

In an email to his Field to Market network, Snyder wrote that he will begin his duties next week and that he was leaving the alliance "with mixed emotions."

But he added, "I am leaving Field to Market at a moment when the industry's focus on climate and sustainability is at an all-time high. More companies are establishing climate and nature-based targets and beginning to invest in this work in new and creative ways"

"In addition, last week's announcement by USDA regarding the creation of a Climate-Smart Agriculture Program creates remarkable new opportunities to align public and private sector efforts toward common goals. I have never been more optimistic about the role that the agriculture supply chain can play in supporting the transition to a more sustainable and resilient future."

In the EPA announcement, Snyder added, "I am honored to serve as EPA's agriculture adviser as we forge practical, science-based solutions that protect the environment and ensure a vibrant and productive agricultural system. America's farmers and ranchers are vital partners in achieving clean air and clear water, all while playing the critical role of delivering a healthy and secure food supply."

He has previously served on the board of directors of the Conservation Technology Information Center, on the steering committee of the Agricultural Nutrient Policy Council, on the executive committee of Field to Market, and as chair of the Pesticide Policy Coalition.

Snyder graduated from Eastern University, near Philadelphia, in 2002 with a bachelor's degree in political science.

Snyder is also a former president of the Young Democrats of America and has been openly gay since 2013.

In a news release, Scott said, "I am very pleased that Environmental Protection Agency Administrator Regan has named Rod Snyder as his ag adviser. The House Agriculture Committee and the broader agriculture community have been eagerly awaiting this announcement. I know that he will be a valuable member of the administrator's senior leadership team."

Scott added, "Rod's work on behalf of America's farmers and ranchers is well known, as is his passion for ensuring racial justice, equity and inclusion in agriculture, and I know that he will continue to be a voice for all agricultural producers and rural communities. This will be especially true as the administration looks to address climate change impacts on rural America and the role that agriculture and forestry can play in renewable energy, biofuels, and reducing greenhouse gas emissions."

The National Council of Farmer Cooperatives said Snyder "is an outstanding choice for this position. For nearly two decades, he has worked at the intersection of agriculture and environmental issues and is respected by stakeholders ranging from producers and their co-ops to environmental organizations."

NCFC President and CEO Chuck Conner added, "Rod comes into this role at a critical time, with a number of issues impacting farmers and ranchers being considered by the EPA. We look forward to working with him to make sure that agriculture's positions are fully understood by those within the agency making these decisions."

"There are several important issues facing agriculture that will require effective communication with EPA, including the new WOTUS (Waters of the United States) rule, among other initiatives and regulations. As issues are deliberated within EPA, it is critical for the perspectives of farmers and ranchers to be represented and Rod will be that voice," Duvall said.

"Of course, it's equally critical for EPA to engage directly with farmers and ranchers and I'm also confident Rod will be a strong advocate for such engagement and collaboration, as he has demonstrated in several roles. We look forward to continuing to work with him in this new capacity to ensure farmers and ranchers are heard at EPA."

National Farmers Union President Rob Larew said, "Rod's two decades of experience working at the intersection of agriculture and environment is unparalleled and critical at this time in our history."

"Climate change is the single greatest long-term challenge facing family farmers and ranchers, rural communities, and global food security. We applaud his appointment and look forward to working together to protect the environment while continuing to provide a safe, healthy and consistent food supply."

The National Pork Producers Council called Snyder, "a long-time friend of agriculture and the pork industry," who has worked at the intersection of agriculture and environmental issues for nearly two decades. NPPC in June was one of 14 signatories on a letter to the EPA recommending Snyder for this appointment.

The following statement can be attributed to NPPC President Jen Sorenson:

"NPPC congratulates Rod Snyder on his appointment as Ag Adviser at the EPA. NPPC has worked with Rod over the years and commends his decades long dedication to protecting the environment and the livelihoods of America's farmers," said Jen Sorenson, president of NPPC. "NPPC looks forward to engaging with him in this new role on issues of importance to U.S. pork producers as we continue to produce the highest-quality, most affordable and nutritious protein in the world."

Snyder reflects on his time at Field to Market: https://mailchi.mp/… 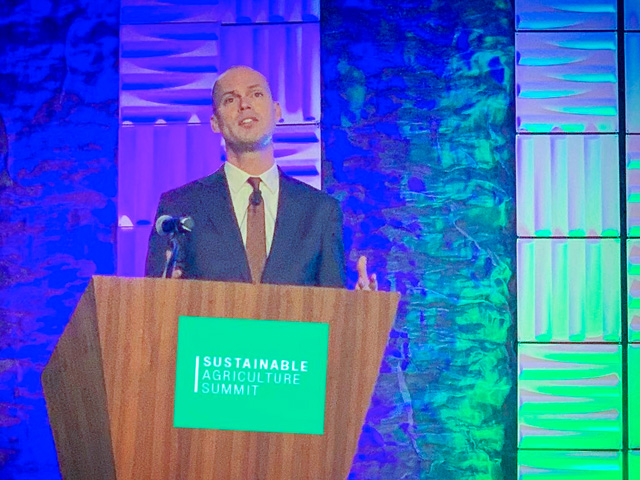