Both the House and Senate will convene Monday facing the need to fund the government by the end of the fiscal year on Thursday, and to deal with the debt limit, the bipartisan infrastructure bill and the budget reconciliation bill.

House Speaker Nancy Pelosi, D-Calif., told colleagues on Sunday that the House would begin debate on Monday to set up a vote on the $1 trillion infrastructure bill on Thursday as talks continue on the budget reconciliation bill, which contains much of President Joe Biden's domestic plans.

Both the bipartisan infrastructure bill and the budget reconciliation bill contain provisions affecting agriculture and rural America, although in spending terms the ag and rural provisions are minor in size. In addition, the questions of funding the government after Thursday and increasing the debt limit to pay for government programs will affect the entire country and, indeed, the rest of the world.

Pelosi wrote her colleagues on Friday, "The next few days will be a time of intensity. This week, we must pass a continuing resolution, Build Back Better Act and the BIF [Bipartisan Infrastructure Framework]."

House Democrats will also caucus late Monday afternoon and are expected to discuss the conflicts between progressives and moderates over the reconciliation bill, officially titled the Build Back Better Act.

Pelosi has promised moderates that there would be a vote on the $1 trillion Infrastructure Investment and Jobs Act today, and House Majority Leader Steny Hoyer, D-Md., listed the act on the calendar.

Axios reported over the weekend that Reps. Vicente Gonzalez and Filemon Vela, both Texas Democrats, have announced they will vote for the $3.5 trillion budget reconciliation bill and are trying to convince progressives to vote for the infrastructure bill.

The House Budget Committee on Saturday passed the $3.5 trillion budget reconciliation bill. But that bill is far from complete because Sens. Joe Manchin, D-W.Va., and Kyrsten Sinema, D-Ariz., have said they will not vote for a bill that big.

Some provisions in the budget reconciliation bill including a $28 billion agricultural conservation program will be added and changes to the bill after consultation with the Senate are likely to be made when the House Rules Committee meets to decide the rules for debate on the bill.

House Rules Committee Chairman Jim McGovern, D-Mass., will be in charge of the bill, but he has not scheduled a meeting.

The reconciliation bill also includes agricultural research, rural development, forestry and biofuels provisions. The House version does not contain proposed changes to the stepped-up basis system for valuation of estates including farm bill but there has been speculation that some senators would still like to make changes to stepped-up basis.

On ABC's "This Week with George Stephanopoulos" on Sunday, Pelosi expressed confidence that Congress can handle all this business.

"Every time we face a challenge, you say it's an historic challenge, whether it's passing the Affordable Care Act or other legislation that we passed in the previous administration," Pelosi said. "It's all the wonderful legislative process that we have."

Pelosi noted that the reconciliation bill, which contains an array of social programs and tax increases on high income earners "is the vision of the president."

"And he has said that while he wants to pass the infrastructure bill --- and we will --- that he will not confine his vision for the future to just that bill, that it had to be about Building Back Better."

Pelosi also pointed out that the reconciliation bill has the support of more than 95% of the Democratic caucus, but acknowledged that she needs the support of 98% of the caucus because no Republicans are expected to vote for it.

Perhaps the most uncertain part of this massive agenda is addressing the debt limit --- Republicans have refused so far to support an increase, but Democrats say they should support the bill because some of the obligation to spend money was passed when President Trump was in power and the Republicans held the majority in Congress.

The date on which the government could not meet its obligations is uncertain, which could give Congress more time to deal with that issue. 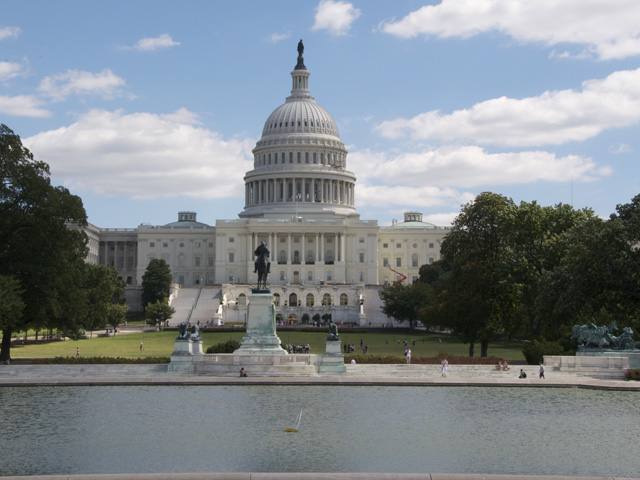