As Conservation Reserve Program acres open up for more haying and grazing after Aug. 1 in key states affected by drought, some dynamics and division on the role of CRP played out Thursday during a Senate Agriculture Committee nomination hearing.

Bonnie fielded questions and from senators in both parties about CRP, but a split on the program was reflected by a few key GOP senators over CRP and the push to increase acreage.

Sen. John Boozman, R-Ark., ranking member of the committee, raised his concerns about USDA's move to increase rental rates through various incentive practices. Earlier this summer, USDA boosted incentive payments, which had been cut by the Trump administration. Cost-share incentives were increased from 20% to 50% and a Climate-Smart Practice Incentive payment was created that would offset the 15% decline in rental rates set in the 2018 farm bill.

At 20.8 million acres enrolled now, CRP has continued to tick downward in acres each year since 2007 with enrollment nationally now at the lowest level since 1987. USDA is trying to boost the acreage back up to at least 25 million acres.

Boozman noted CRP is a popular program for producers, but in recent weeks he has repeatedly said USDA is overstepping its authority by increasing rental rates set in the 2018 farm bill. Boozman asked Bonnie if USDA sought guidance the department's general counsel, and asked Bonnie if there was written legal guidance that Bonnie could share. Bonnie replied USDA had "extensive conversations" with the general counsel "and are confident in our legal standing" on CRP rental rates.

Boozman said "the danger" is that producers could sign up and there "subsequent lawsuits and all of this thrown up in the air."

Sen. Chuck Grassley, R-Iowa, then highlighted a $10 million program at USDA to quantify the climate benefits of conservation programs, including CRP. Grassley said USDA needs to caution against competing with producers for land.

"I hope that the department remains mindful that many young, beginning farmers struggle to access farmland and often can't compete with land-idling government-payment programs for CRP," Grassley said. "I think we took care of some of this in the 2018 farm bill."

He added, "These set aside programs also send market signals to competitors to increase production and acreage." Grassley cited that Reuters reported in 2018 that Brazil had plowed up more than have of its "cerrado" -- savanna lands across Brazilian states such as Mato Grosso -- releasing more carbon dioxide from those savanna lands, and increasing production as well. When quantifying the climate benefits of CRP, Grassley wanted to make sure the study would "factor in the carbon emissions that occur as other countries increase production to seize market share," Grassley said.

Sen. John Thune, R-S.D., later quizzed Bonnie on CRP, and championed the importance of the program. Thune said CRP "plays a critical role in supporting producers, conservation, wildlife habitat and sequestering carbon" in his state and nationally. Thune then said he is concerned CRP enrollment is 4 million acres below the FY 2021 acreage cap set by the 2018 farm bill.

"Also important to note that millions of CRP acres are set to expire in September this year," Thune said.

Thune asked Bonnie to commit to prioritizing CRP and other conservation programs, and then asked what actions USDA would take to increase the CRP acreage "while making sure the program fairly compensates producers, and protects soil, water and wildlife?"

Bonnie said CRP is a "vital program" and USDA is trying to increase incentives to get more acreage enrolled. He said the department is looking at ways to use both the continuous signup and general signup to increase acreage.

Following up on a theme that has run rampant through Nebraska, Sen. Deb Fischer, R-Neb., also asked about the Biden administration's conservation initiative, 30x30. Gov. Pete Ricketts has maintained that 30x30 is a "land grab." Fischer asked Bonnie if conservation programs would remain 100% voluntary.

From USDA's standpoint, it's "vital" that 30x30 be built on USDA's conservation programs, including those in working lands, Bonnie said. "That's the type of work USDA will do under 30x30. It will be voluntary, it will be incentive-based and it will be locally led."

Fischer then said, "So you see no reason for private property owners, for stakeholders, for state governments that rely on revenue agriculture to -- states like mine -- that provide the mainstay for state budgets -- do you think there should be any concern out there? Can you say it's going to be 100% voluntary? Or just using existing programs to incentivize?"

Bonnie replied, "Yes, our insistence on locally led conservation, on voluntary incentives, absolutely," Bonnie said, adding that his family has endangered species on their property. "I'm well aware of the challenges landowners face."

On the Democratic side, Sen. Amy Klobuchar of Minnesota stressed the importance during the drought of allowing quicker access to emergency haying and grazing of CRP land. Klobuchar also said producers in her state had cited a "lack of urgency from USDA on providing drought relief." She pointed out USDA earlier this year had also changed a policy on wetland restoration acres under CRP, making those acres ineligible for haying or grazing when the Livestock Forage Disaster Program is triggered. Bonnie told Klobuchar he would work with her to look at that situation.

Sen. Cory Booker, D-N.J., also championed soil health investments in the working lands programs. Booker said he believes "we need to invest tens of billions of dollars" of new funding into "voluntary working land programs" that are "so overprescribed" by farmers right now. A major investment in conservation on working lands would sequester carbon and promote biodiversity.

Bonnie said "there are significant opportunities to invest in climate smart agriculture and forestry" to improve soil health and reduce emissions. More staff will be needed at USDA's Natural Resources Conservation Service (NRCS) will be needed to make those investments, he said.

Booker then questioned the "monoculture" agriculture that relies too heavily on glyphosate "that are now poisoning our streams and our groundwater," and asked about the need to increase "more sustainable systems."

Bonnie said USDA needs to focus on the outcomes of clean water and less emissions, and said he worries about USDA becoming "over-prescriptive" when it comes to systems of agriculture.

For more details about USDA CRP enrollment and deadlines, go to https://www.fsa.usda.gov/… 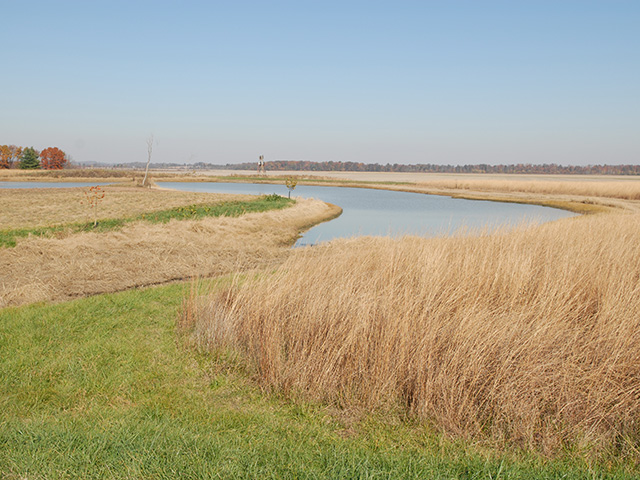