Dozens of agricultural groups on Wednesday outlined rural transportation needs as agribusinesses and others anticipate Congress will soon turn its attention to a potential infrastructure package this spring.

The 69 combined national and state agricultural and food lobbies – the Agricultural Transportation Working Group --­ made the case that “Congress can achieve positive benefits for the environment while improving the economic competitiveness of the U.S. agricultural value chain.”

Coming off the heels of the $1.9 trillion aid package for the economy, congressional leaders and the White House are pushing to get an infrastructure bill through Congress. Rep. Peter DeFazio, D-Ore., chairman of the House Transportation and Infrastructure Committee, introduced his own infrastructure bill earlier this year, and his committee has been holding hearings.

In the six-page letter, the agricultural groups stress that “any successful surface transportation legislation should include several crucial elements.” First and foremost, any package should “ensure rural America is not left behind.” The groups called for funding and programs to “take into account the unique needs and challenges facing rural communities and our infrastructure.”

Agricultural groups stated hours-of-service (HOS) rules right now amount to “a patchwork of state-defined planting and harvesting seasons, which leads to confusion and uncertainty due to the regulatory inconsistency from state-to-state.” To fix the situation, groups want to make the agricultural exemption for HOS rules year-round by including the Haulers of Agriculture and Livestock Safety (HAULS) Act.

HOS rules allow 11 hours of drive tine, 14 hours of on-duty time and 10 consecutive hours of rest. This is a risk for livestock haulers who “cannot simply idle or unload their trucks when drive time hours run out without jeopardizing animal health and welfare,” stated the National Cattlemen's Beef Association.

“The HAULS Act represents the best long-term solution — a permanent change to existing hours-of-service regulations that preserves animal welfare as well as safety on our roads, while also making sure producers can keep our grocery stores stocked with beef,” said Allison Rivera, NCBA's executive director of government affairs.

In their letter to lawmakers, the agricultural groups also called for a pilot study to raise the gross vehicle weights on interstates from 80,000 pounds to 91,000 pounds. The letter also called for more leniency in load shifts that now often result in weight violations.

Another priority listed by the agricultural groups is to ensure farmers, livestock producers, haulers and rural Americans continue to have access to internal combustion engines “well into the future.” With more attention going to electric vehicles in the future, the farm and food groups told lawmakers attention should put paid to finding and creating more efficient engines and fuel types. The letter did not mention ethanol or biofuels, but it did include links to a study on the efficiency of ethanol, and another study by Agricultural Retailers Association raising concerns about rapid electrical vehicle penetration and the impact that could have on biofuels.

Agricultural groups also pointed to challenges with truck-driver shortages, and noted that 49 states allow 18-year-olds to get a commercial drivers license (CDL) but federal law prevents those drivers from crossing state lines until they are 21. The letter called on Congress to find a pathway for 18-20 year old drivers to cross state lines. The groups also want to adjust seasonal CDLs to allow more year-round flexibility when it comes to the 180-day maximum.

The agricultural coalition noted, “The next surface transportation bill is an opportunity to enact policies that foster a more environmentally responsible, productive, and economically viable freight transportation system to keep America's agricultural and manufacturing industries competitive in the world market.” 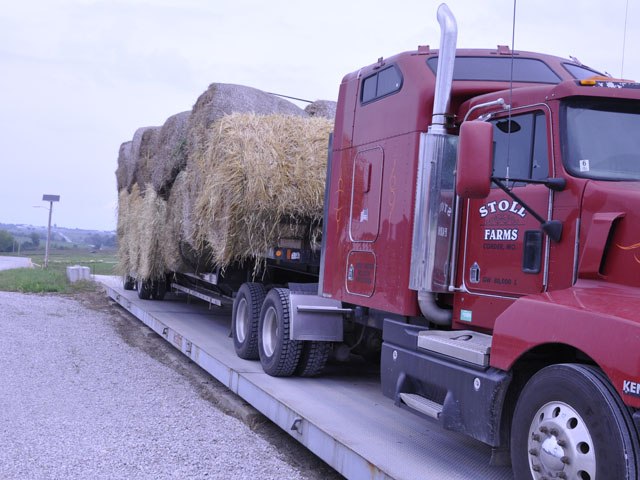