Members of Congress on Thursday announced their version of President Joe Biden's immigration reform bill that the president and his team see potentially getting through a 50-50 Senate.

The bill would legalize millions of people, including undocumented farmworkers. Under the bill, undocumented farmworkers would immediately become eligible to apply for green cards. They would be required to pass a criminal background check and demonstrate they have worked 2,300 hours, or 400 days of labor on farms over the past five years. Families for farmworkers also would be eligible for legal status. Farmworkers would be able to apply for citizenship after three years, as would the "Dreamers" or "DACA" kids and young adults.

Other undocumented immigrants would be able to apply for citizenship after eight years.

The bill has the support of groups such as Farmworker Justice and United Farm Workers.

The bill marks another attempt to accomplish what Congress has been unable to do since 1986, the last time an immigration bill passed that offered legalization. That bill, signed by President Ronald Reagan, legalized nearly 3 million people.

The bill was introduced by Sen. Robert Menendez, D-N.J., the son of Cuba immigrants, and Rep. Linda Sanchez, D-Calif., the daughter of Mexican immigrants.

Biden said in a statement, "Immigration is an irrefutable source of our strength and is essential to who we are as a nation. The last four years of misguided policies have exacerbated the already broken immigration system and highlighted the critical need for reform." The president added that immigration reform is long overdue.

"The legislation I sent to Congress will bring about much needed change to an immigration system where reform is long overdue. It will responsibly manage the border with smart investments. It will address the root causes of irregular migration from Central America. It will modernize our legal immigration pathways and create an earned path to citizenship for so many – including Dreamers, farmworkers and TPS holders," Biden stated.

The president added, "These are not Democratic or Republican priorities – but American ones. I've laid out my vision for what it'll take to reform our immigration system and I look forward to working with leaders in Congress to get this done."

National Milk Producers Federation President and CEO Jim Mulhern praised Biden and the congressional sponsors for putting forward the legislation, but added that “reforms to our immigration system must include changes crucial for the dairy workforce.”

“These include extending to current workers and their families the legal protections they have earned and enabling dairy farmers to use a guest worker program to supplement their domestic workforce when needed,” Mulhern said.

Politico noted in its reporting that the bill does not include language that would appeal to Republicans. For instance, "it does not include broad provisions on border security or employment verification to appeal to Republicans, though it includes language on both. It includes some enforcement measures, including border technology to stop drug traffickers and increased penalties for employers who hired undocumented immigrants, but E-Verify, a system to check legal status, remains voluntary." 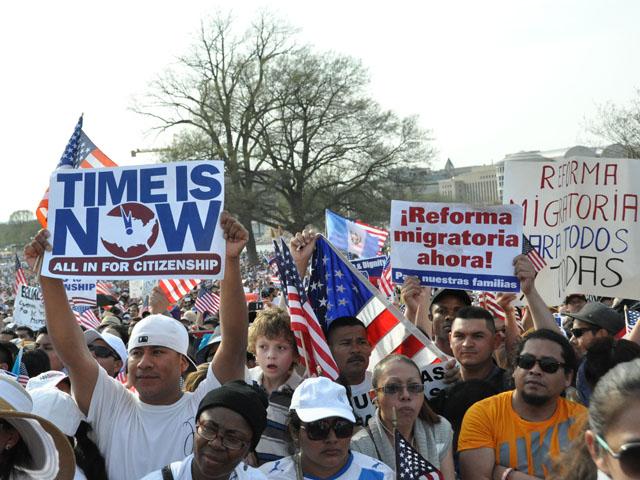