The Senate rejected an attempt by Sen. Ted Cruz, R-Texas, to cap the price of renewable identification numbers, or RINs, at 10 cents, as part of a proposed amendment to the COVID-19 stimulus bill, in the wee hours of the morning on Friday.

RINs are generated in the Renewable Fuel Standard when a qualified renewable fuel is either produced or imported. RINs then are bought within the refinery industry by companies that are not producing or buying enough renewable fuels to meet their blend volumes under the RFS. There are several nested categories for RINs depending upon the renewable -- such as corn ethanol or biodiesel -- which do have different values. D6 is considered the baseline RIN.

Cruz has been part of a group of senators from oil states that has tried repeatedly to influence the Trump administration to make changes to the RINs market.

On Friday, Cruz argued a cap was necessary because of recent spikes in RINs prices are making it more costly for refiners to comply with the RFS.

However, EPA's own analysis in recent years shows many refineries pass the RINs costs onto consumers.

"This amendment is designed to provide relief to the tens of thousands of blue-collar workers who work at refineries across the country," Cruz said on the Senate floor after 3 a.m.

"Refineries right now purchase what are called RINs, which are artificial regulatory licenses they must purchase. They were originally designed to be 1 or 2 cents apiece. In the past year they have skyrocketed to $1.12 apiece -- the highest level since 2013. Just a year ago they were trading at 15 cents. What does this mean? This means $15 billion in regulatory costs for refineries. Not one penny of this goes to corn farmers or ethanol farmer. This goes to Wall Street folks.

"This amendment would cap RINs at 10 cents apiece. What that would mean -- this is a choice between billions going to Wall Street speculators or do you want money to go to blue collar workers?"

"Can you imagine the free-market person Sen. Cruz is wanting the government to set prices," Grassley said.

"This is dirty big oil versus clean ethanol. And for the benefit of people on the other side of the aisle, I had conversations with Mr. Regan (EPA administrator nominee Michael Regan) this week and he said that our president is for ethanol."

"This amendment is a direct attack on the Midwest and America's hundreds of thousands of farmers," she said during the debate.

"Capping the prices of biofuels credits at 10 cents per gallon would stifle the RIN market and would stifle the Renewable Fuel Standard program. When my good friend the senator from Texas last proposed this RIN cap in 2017 and 2018 it was opposed by the National Corn Growers Association, the American Soybean Association, and the American Farm Bureau to name just a few.

"Now, farmers get up pretty early in the morning. But even tonight, I didn't bother to call any of these associations to get their response."

In 2017, Cruz floated a proposal to the White House to cap RINs prices at 10 cents.

Part of Cruz's proposal in 2017 was to use the proceeds from 10-cent RINs to help pay for renewable-fuel blending infrastructure, tied to an existing program such as the Biofuel Infrastructure Partnership or a similar fund.

"Sen. Cruz and his oil state cronies have tried to cap RIN prices and undermine the RFS many times in the past, but the rest of the Senate clearly understands that weakening the RFS would destroy jobs, increase emissions, and raise gas prices at the pump," Renewable Fuels Association President and Chief Executive Officer Geoff Cooper, said in a statement.

"The resounding defeat of the RIN cap amendment by the full Senate should be a clear sign to Sen. Cruz that it's time to give up on his foolish and reckless campaign against the RFS."

Growth Energy CEO Emily Skor, "We are grateful to Sens. Duckworth and Grassley -- and all of our biofuels champions and those who opposed this in the Senate -- for defeating Sen. Cruz's midnight-hour attempt to gut the RFS and destroy markets for hard-pressed farmers and producers across rural America. It has been proven time and again that RIN prices do not threaten refiner profits, but that's not why oil companies are back to pushing these tired gimmicks. They see that this change in administration signals an end to their free pass on blending biofuels." 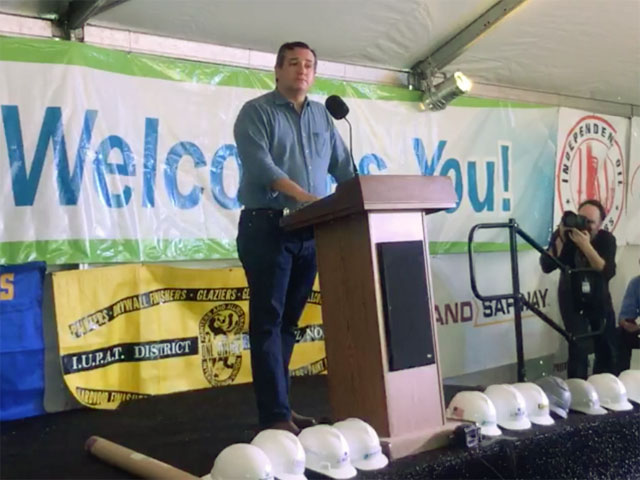