“The president is taking action to reset the U.S. government's longstanding approach to domestic preferences to create an approach that will remain durable for years to come and grow quality, union jobs,” the White House said in a fact sheet about the executive order.

“The president's executive order establishes the goals and standards necessary to use federal purchasing, and other forms of federal assistance with domestic preference requirements, as a way to proactively invest in American industry so it can continue to lead in the global marketplace.”

The White House noted that the executive order refers to “domestic preferences related to federal procurement, federal grants, and other forms of federal assistance. Buy American and Buy America refers to the specific statutes that go by those names,” adding that a director of Made in America will be appointed in the White House Office of Management and Budget to oversee implementation of the order.

NCFC noted that it and its members have expressed deep concern in recent years over a marked increase in the amount of foreign-produced food served under the school lunch and breakfast programs “when comparable American-grown products are readily available and competitively priced, something that is contrary to the intent of the Buy American provisions.”

“On behalf of America's farmer co-ops and their member-owners, I would like to thank President Biden for signaling his strong support for 'Buy American' provisions as a way to ensure good jobs and prosperous local economies across the country,” said Chuck Conner, president and CEO of NCFC.

“At the same time, the previous administration started by making a similar show of support for these provisions, but failed to put substance and action behind its words. Hopefully, by appointing a new director of Made In America within the White House, this administration will be more active in enforcing existing requirements in the law and in working with Congress to strengthen these provisions.”

NCFC said that examples of schools buying foreign foods are:

- 50-60% of the fish served in schools are caught by Russian ships and processed in China;

“Sourcing non-U.S. foods — even when competitively priced domestic alternatives are available — not only runs counter to the law, but destroys jobs across the value chain, especially in fruit and vegetable processing, which employs over 1.5 million Americans,” Conner concluded.

“We look forward to working with the new official at OMB providing oversight to these programs to ensure that we see fewer of the examples mentioned above in the future.”

Senate Minority Leader Mitch McConnell, R-Ky., late Monday announced he would agree to a Democratic takeover of the reins of power in the Senate, The Washington Post and The New York Times reported.

The Senate is composed of 50 Democrats and 50 Republicans, but the Democrats control the body because Vice President Harris can provide the 51st vote for the Democrats.

McConnell had resisted a full Democratic takeover, including appointment of committee chairs, unless the Democrats promised not to try to end the filibuster.

But McConnell said he was ready to strike a deal after two Democratic senators — Joe Manchin of West Virginia and Kyrsten Sinema of Arizona — publicly reiterated their opposition to eliminating the filibuster, the Post reported.

“With these assurances, I look forward to moving ahead with a power-sharing agreement modeled on that precedent,” McConnell said in a statement.

The deal should pave the way for Senate Agriculture Committee ranking member Debbie Stabenow, D-Mich., to become chair of the committee and make plans for a confirmation hearing for Tom Vilsack, the Agriculture secretary in the Obama administration President Biden has asked to lead the department again.

While other committees still chaired by Republicans have held hearings on some Biden nominees, the Senate Agriculture Committee has appeared leaderless since Sen. Pat Roberts, R-Kansas, the chairman of the committee in the last Congress, retired.

Sen. John Boozman, R-Ark., is expected to be the ranking member on the committee. 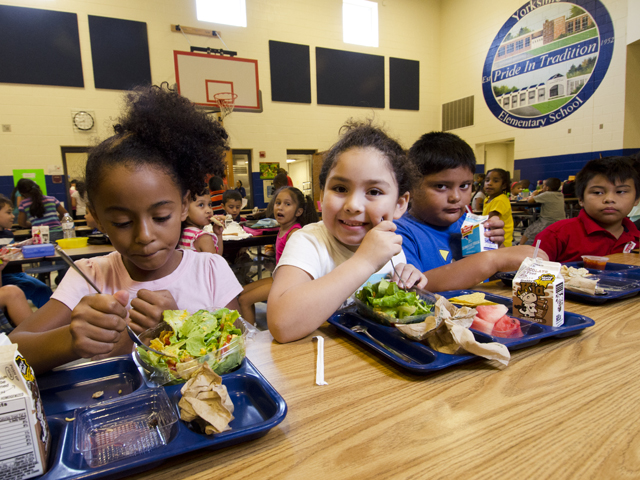