The EU Farm to Fork Strategy potentially sets up a long-term battle between the U.S. and Europe over farm practices, biotechnology, chemical use and sustainability measures that will spill over into trade.

European Union officials held a press web event Friday with U.S. journalists to discuss the Farm to Fork Strategy, which has come under heavy criticism over the past several months from top officials at both USDA and the U.S. Trade Representative's office. U.S. officials have described the plan as "anti-technology" and an attack on U.S. agriculture.

USDA's Economic Research Service (ERS) released its analysis of the Farm to Fork plan earlier this month. The analysis concluded that input reductions would lower EU farmers' production by a range of 7% to 12% and affect their competitiveness in both domestic and global markets. ERS stated that adoption of the strategies for lower inputs "would have impacts that stretch beyond the EU, driving up worldwide food prices by 9% if only the EU adopted the plan," but prices would drive up significantly higher if the plan were adopted globally. Under a global scenario, ERS stated production would fall 11% and prices would rise 89%.

Globally, if every country adopted a Farm to Fork plan, food would rise per-capita $450, with a $512 increase in prices in the U.S. ERS also forecasts that 185 million more people would become food insecure under the plan with the biggest impacts in Africa and parts of Asia.

The EU, though, also acknowledges within Europe that the plan is meant to change diets. Much like the U.S., the EU has problems with people who cannot afford healthy food while roughly 20% of food it wasted. Europe, much like the U.S., also has more than half of the adult population considered overweight. Part of the goal in the EU plan is to improve Europe's dietary standards.

Claire Bury, deputy director general responsible for Food in the Directorate General for Health and Food Safety in the European Commission, overall pushed back on some of the ERS analysis that it would cut food production and drive up food prices. "We don't agree with the conclusions that were drawn there, basically," she said.

Bury said the USDA analysis doesn't factor in improvements in research and new technologies that could increasing production over time as well. "We don't think it takes into account everything in the farm support strategy," Bury said, "Specifically, it doesn't take into account any research and innovation technology that can increase capacity. It doesn't cover the whole picture of what's in the farm to fork strategy."

In trade deals, Europe has tended to outflank the U.S. on certain issues such as establishing geographical indicators on products such as meat and cheese that give Europe an advantage in selling into those countries, and blocking access for U.S. sellers. Bury noted the EU would look to export the Farm to Fork strategy in trade talks as well. The EU would look to integrate these agricultural sustainability goals into trade agreements.

"We don't expect to impose our policies on the world, but that's not what this is about. But what we want to do is cooperate with like-minded countries," Bury said.

Bury also added that focusing on sustainability rather than price would provide EU farmers with a competitive advantage long-term as countries around the world concentrate on reducing global greenhouse gases. "We think that those farmers who move towards sustainable practices can actually have a first-mover advantage," she said. "And at the local level we have to show that sustainable food systems can create new economic value in trillions of Euros."

The EU plan is complicated because overall it entails 27 different measures that the EU Commission plans to roll out with a target to reduce agricultural greenhouse gas emissions as much as 55% from 1990 levels. 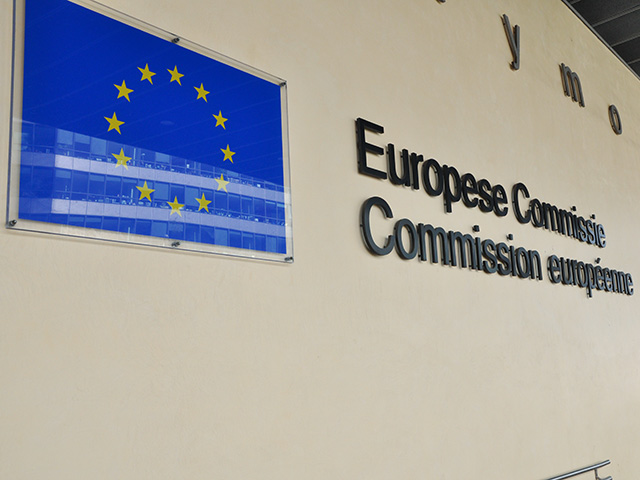