One week before the general election, five Republican-held seats on the Senate Agriculture Committee are considered competitive, according to key rating websites.

Seats in states without representation on the Senate Agriculture Committee are the most likely to shift from one party to the other, but could determine which party is in control of the Senate and how many senators from each party sit on the committee.

There are 35 Senate races this election, of which 23 seats are held by Republicans and 12 are held by Democrats. The Cook Political Report has projected that there is a 60% to 70% chance the Democrats will win a majority of Senate seats. The polling website FiveThirtyEight.com, which update its forecast daily, on Monday showed Democrats have a 74% chance of winning control of the Senate, with a likelihood of a 51-49 majority.

Of the 23 GOP Senate races, Cook Political Report puts 10 as "Solid R" seats. Seven races with incumbent Republicans are considered "Toss up" races. At least two, in Arizona and Colorado, fall in the "Lean D" category.

At present there are 11 Republican senators in the majority on the Senate Ag Committee and nine Democrats in the minority. The committee has five Republican seats up for election, including the Kansas seat of Chairman Pat Roberts, R-Kansas, who chose not to seek another term.

There are two Democratic seats up for re-election for Sen. Dick Durbin of Illinois and Sen. Tina Smith of Minnesota, both of which are considered "Solid D" for their re-elections.

IOWA RACE A TOSS UP

The Senate Agriculture Committee seat most likely to change party hands is that of Sen. Joni Ernst, R-Iowa, who is trailing Theresa Greenfield, the Democratic candidate, according to polls.

Georgia has both Senate seats on the ballot. One race involves Sen. Kelly Loeffler, R-Ga., the newest member of the Senate Ag Committee, who is facing Rep. Doug Collins, R-Ga. and Democrat Raphael Warnack among a long list of candidates for the seat. The race is rated a “Toss Up” by the Cook Report and FiveThirtyEight.com, but “Leans Republican” by the Crystal Ball.

Polls show Warnock ahead, but the Georgia race is complicated by the fact that candidates of both parties run against each other in the November election, with a runoff election in January if no candidate gets 50% or more next week.

The New York Times reported this weekend that a poll showed Bollier trails Marshall by just 4 percentage points, 46 to 42. The poll also showed that President Donald Trump, who won Kansas by more than 20 points, leads Democrat Joe Biden by 7 points in Kansas this year.

Next in ranking is the race between Senate Majority Leader Mitch McConnell, R-Ky., and Democrat Amy McGrath. Cook and the Crystal Ball both rate that race “Likely Republican" while FiveThirtyEight.com considers the race "Solid R."

While Mississippi is considered a Republican state, recent polling has shown the race is considered closer than expected. Cook still rates the race “Solid Republican,” but the Crystal Ball and FiveThirtyEight.com says it is “Likely Republican.”

OTHER RACES MAY SHIFT CHAIRMANSHIP

There are other Senate races that are more likely to shift control of the Senate from Republican to Democrat and shift the balance on the committee toward the Democrats, which would return Sen. Debbie Stabenow, D-Mich., to the committee chair, rather than seat Sen. John Boozman, R-Ark., who is in line to succeed Roberts upon his retirement.

MOST LIKELY TO GO DEMOCRATIC

The seats most likely to shift from Republican to Democratic are in Colorado and Arizona.

Cook has rated the Maine Senate race between Republican Sen. Susan Collins and Democratic challenger Sara Gideon as a “Toss Up,” but the Crystal Ball says it “Leans Democratic.”

Both rate the North Carolina Senate race between Republican Sen. Thom Tillis and Democrat Cal Cunningham a “Toss Up,” but the polls continuously show Cunningham ahead.

LEANING OR LIKELY TO STAY REPUBLICAN

Cook rates both the Montana and South Carolina Senate races as “Toss Ups,” while the Crystal Ball ranks both as “Lean Republican.”

And in Michigan, both Cook and Crystal Ball say Democratic Sen. Gary Peters is likely to hang on to his seat, despite a strong race by Republican John James, a combat veteran and businessman. 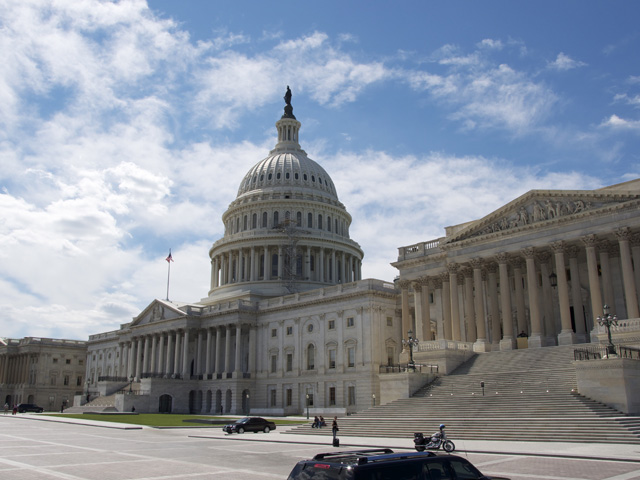